Who was the only president sworn in by his father? 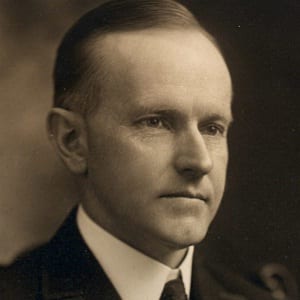 The Vice President’s life changed dramatically on the night of August 2, 1923 as he vacationed at the family farmhouse in Vermont. Coolidge went to bed early that evening and slept as the events that would propel him into the presidency unfolded.

A continent away and unbeknownst to Coolidge, President Warren Harding lay mortally ill in his San Francisco hotel room. The President died in the early evening but it took four hours for the news to reach the East Coast. A telegram announcing Harding’s death was delivered to the farmhouse around 2:30 AM and Coolidge’s father trudged up the stairs to awake his son.

A notary public, the elder Coolidge administered the oath of office to his son by the light of a kerosene lamp in the parlor.