Madhya Pradesh Chief Minister Shivraj Singh Chouhan on Wednesday announced cancellation of state board exams for class 12. The announcement follows a day after the Centre decided to cancel the CBSE Class 12 board exams following a high-level meeting chaired by PM Narendra Modi.

In its six and a half decades of history, the state never experienced anything like this before. It was an unprecedented situation and the enemy was mutating fast. In late February this year, there were signs of a Covid-19 second wave in the state. In the initial days, it was pretty tough to gauge the extent, speed and intensity of the contagion. Soon, the enormity of the problem became clear to the state government.

Heartburn with Pfizer vaccine : A company that doesn’t seem to care much

From 2,537 at the beginning of March, the number of weekly cases saw a big surge and it steadily climbed to 91,703 in the last week of April. We realised that in the matter of Covid management strategy, a fresh approach was the need of the hour to achieve objectives like ensuring Covid-appropriate behaviour through public participation, inspiring communities to enforce self-imposed restrictions, expanding bed availability especially oxygen beds, managing an uninterrupted supply of oxygen to meet increased demand, free treatment for the poor and involving community, public representatives at all levels to work on preventive measures and early detection of the affected. 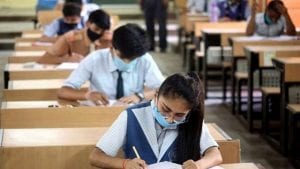 Bhopal, Indore and Gwalior have been the hotspots in the first wave. However, this time there is a concern over its spread in rural areas. What is the situation like in MP villages?

From indications available, the condition in villages and suburbs has improved. Cooperation and hard work put in by all made it possible to bring the situation under control to an extent. It is a positive development. There is no let-up in our efforts and we are going ahead with our preparations to deal with a situation or an emergency arising in future on this front. Kill Corona Abhiyan 2 and 3 helped a lot to control corona at an early stage at the village level. I have instructed everyone to give one’s best to keep the infection rate under control and be prepared for the third wave and black fungus infection. Corona infection is not going to end soon. There is a drop in the rate of infection, but we will have to observe Covid-appropriate behaviour and follow it to stay safe. All efforts are being made to raise public awareness about Covid-appropriate behaviour and drive home its importance. I am confident, our sustained efforts in this direction and cohesive action will help us overcome it.

The model for corona control in MP is much talked about. How did you manage to create and apply it in the state?

The idea of corona curfew was applied across the state by talking to the people and their opinions were given enough weightage. The idea “by the people, of people, for the people”, formed the bedrock of this model. Care was taken to see that the government alone did not take all the decisions. A decentralised process was adopted. From the smallest unit – villages, blocks, cities and districts in this group – MLAs, MPs, magistrate, collectors, SP, social and political organisations, panch and sarpanch were involved in this process. Community participation, the centrepiece of the MP model, to a big extent, paved the way for the success of the model. Four major elements, the formation of crisis management committees, aggressive pushing of ‘kill corona’ campaign, early identification, testing, home isolation and treatment at home for those showing mild symptoms for corona and Yoga Se Niroga to improve immunity have tilted the scales. Efficient oxygen management by the assistance of central ministries also helped tide over the tough situation.

Views: 74 CBSE Class 12 Evaluation Criteria 2021 : The Central Board of Secondary Education (CBSE) presents evaluation criteria for Class 12 before the Supreme Court, with results expected on July 31. Results of CBSE […]