iQoo has confirmed the launch of its latest gaming focused smartphone, the iQoo Z3. The smartphone will launch in India on June 8.

iQoo has confirmed the launch of its latest gaming-focused smartphone, the iQoo Z3. The smartphone will launch in India on June 8. The device is said to be powered by the Qualcomm Snapdragon 768G SoC and will be available in India via Amazon. The company is hosting an online event on June 8 at 12:00 PM. iQoo has tweeted a small teaser for the smartphone on its official India account which confirms the presence of 55 W flash charging on the device. 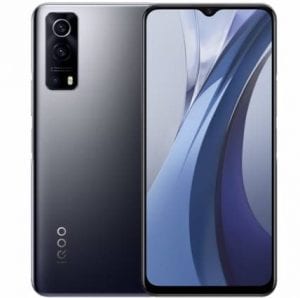 As per the leaks and teasers, it is confirmed to come with Qualcomm’s Snapdragon 768G 5G processor. The company also says the Z3 will be India’s first phone with the latest Snapdragon chipset. In addition, the Amazon listing also mentions the 3GB Extended RAM (LPDDR4X RAM). The timeline on the page says the brand will announce FlashCharge technology on the phone.

As for optics, the iQOO Z3 5G has a quad-camera setup at the back with a 64MP (f/1.79 aperture) Samsung ISOCELL GW3 primary sensor with LED flash and EIS, an 8MP (f/2.2 aperture) ultra-wide lens, and a 2MP (f/2.4 aperture) depth sensor. There is a 16MP front-facing camera for selfies and video chats and a side-mounted fingerprint sensor for security. Connectivity features include 5G SA/NSA, 4G VoLTE, WiFi 802.11 ac (2.4GHz + 5GHz), Bluetooth 5.1, GPS/GLONASS, USB Type-C.

If iQoo decides to release the same variant of the smartphone it released in China, the smartphone may come with similar specs. The iQoo Z3 may pack a 6.58-inch FHD+ LCD display with support for a 120Hz refresh rate and HDR. The smartphone will be powered by the Qualcomm Snapdragon 768G SoC paired with an Adreno 620 GPU. The device may come with up to 8GB of RAM along with up to 256GB of internal storage, expandable via a microSD card. The device will likely run on Google‘s Android 11 operating system with the company’s own OriginOS skin on top. The smartphone is expected to be powered by a 4,400mAh battery. The company has confirmed that the Indian variant will come with support for 55W fast charging which will allow it to get charged from 0 to over 50% in just 19 minutes.