he remainder of the 2021 season of the Indian Premier League (IPL) will be held in the United Arab Emirates (UAE) during the September-October window.

In a Special General Meeting chaired by BCCI president Sourav Ganguly on Saturday, the Board of Control for Cricket in India (BCCI) confirmed to the State units that the tournament will have to be shifted out of India on account of ‘monsoon.’ 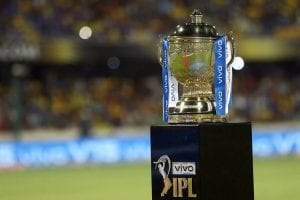 Choosing not to point to the COVID-19 crisis, the BCCI instead said India would witness heavy rains in September and therefore it wouldn’t be possible to host the IPL in the country. Even though the exact dates weren’t announced, it is understood that the tournament will start on September 18 or 19 and end by October 10.

“The Board of Control for Cricket in India (BCCI) on Saturday announced to complete the remaining matches of VIVO Indian Premier League 2021 season in the United Arab Emirates (UAE) considering the monsoon season in India in the months of September-October this year,” BCCI said in a statement on Saturday

“The decision was taken at a Special General Meeting (SGM) held virtually, where members unanimously agreed to resume IPL,” it added.

The meeting also discussed the upcoming ICC T20 World Cup that is scheduled to be held in India as of now.

“The BCCI SGM further authorised the Office Bearers to seek an extension of time from the ICC to take an appropriate call on the hosting of ICC T20 World Cup 2021.”

Notably, IPL 2020 was held in the UAE without major problems as franchises competed in the tournament played across three venues. Mumbai Indians came victorious in the tournament to lift their fifth IPL trophy.