Who is being known as Kerala Valmiki : Father of Modern Malayalam Language Val" />
News Ticker
Views: 433

Who is being known as Kerala Valmiki : Father of Modern Malayalam Language

Vallathol Narayana Menon (16 October 1878 – 13 March 1958) was a poet in the Malayalam language, which is spoken in the south Indian state of Kerala. He was one of the triumvirate poets of modern Malayalam, along with Kumaran Asan and Ulloor S. Parameswara Iyer. The honorific Mahakavi (English: “great poet”) was applied to him in 1913 after the publication of his Mahakavya Chitrayogam.

He was a nationalist poet and wrote a series of poems on various aspects of the Indian freedom movement. He also wrote against caste restriction, tyrannies and orthodoxies. He founded the Kerala Kalamandalam and is credited with revitalising the traditional Keralite dance form known as Kathakali. 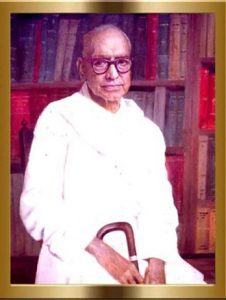 Vallathol was born in Chenara, Tirur, in Malappuram District, Kerala, as the son of Kadungotte Mallisseri Damodaran Elayathu and Kuttipparu Amma. He did not receive any formal education but was trained in Sanskrit language, first under the Sanskrit scholar Variyam Parambil Kunjan Nair and then under his own uncle Ramunni Menon, who introduced him into the world of Sanskrit poetry. Ramunni Menon also taught him Ashtanga Hridayam, a medical treatise, and young Narayana Menon soon began helping his uncle in medical practice and teaching.

He also trained for a year under Parakkulam Subrahmanya Sastri and Kaikkulangara Rama Variar in Philosophy and Logic. He married Vanneri Chittazhiveettil Madhavi Amma in November 1901 and shifted to Thrissur, the cultural capital of Kerala. He worked as manager in the Kalpadrumam Press in Thrissur from 1905 to 1910. During this period, his hearing began to deteriorate. From 1915, he started working in Keralodayam newspaper and later joined Amrit Ritesh, a journal published from Thrissur

He started writing poems from the age of twelve. Kiratha Satakam and Vyasavataram were his earliest published works. He won Bhashaposhini magazine’s poetry award in 1894. His poems began appearing in Bhashaposhini, Kerala Sanchari and Vijnana Chintamani magazines. His first major literary ventures was a rendition of Valmiki’s Ramayana into Malayalam, the work of which started in 1905 and took two years to complete.[3] Unlike some of his contemporaries, Vallathol did not have any acquaintance with English language. He earned the title Mahakavi after the publication of the Mahakavya Chitrayogam in 1913. Chitrayogam conformed to all the principles of a traditional Mahakavya and was divided into 18 Sargas.

The story of Chandrasena and Taravali, taken from Kathasaritsagara, was the theme of this poetry work. Vallathol portrayed the protest of Parvati against Siva in the work Gangapati (1913) and of Usha defying her father for the sake of her love in Bandhanasthanaya Anirudhan (1914). In 1917, the first of his eleven-volume work Sahitya Manjari (A Bouquet of Literature) was published. These volumes, published from 1917 to 1970, contain his collected short romantic poems dealing with a variety of themes.[6] Many of these poems earlier appeared in P. V. Krishna Variar’s Kavanakaumudi magazine. His khanda kavya on Mary Magdalene titled Magdalana Mariam paved the way for a new tradition in of Christian symbolism in Malayalam

Vallathol is credited with revitalising the traditional Keralite dance form known as Kathakali. He played a prominent role in setting up the Kerala Kalamandalam at Cheruthuruthy, near the banks of Bharathapuzha River. The revival of the art of Kathakali in modern Kerala was mainly due to the efforts of Vallathol and the Kerala Kalamandalam. He stimulated the world’s interest in this art during his tours abroad between 1950 and 1953.

Influenced by Rabindranath Tagore, Gandhi, and Karl Marx, as well as by the Sanskrit classics, Menon’s poetry evolved from its classical beginnings to increasing expression of nationalist and broadly socialist sentiment.[citation needed] He wrote in a variety of forms, using both Sanskrit and Dravidian meters.[citation needed] He did not know English. Vallathol’s many works include the mahakavya (a form of epic poem), “Chitrayogam” (1914), and the narrative poems “Magdalena Mariyam” (Mary Magdalene, 1921) and “Kochu” Sita (1928), as well as 11 volumes containing his collected romantic poems entitled Sahityamanjari.

In addition to subjects from nature and the lives of ordinary people, Vallathol’s opposition to the indignities of the caste system and the injustices suffered by the poor form the themes of many of his poems. His own struggle with deafness from his early twenties also features in some works. Vallathol’s poetry has been translated into English and Russian as well as Hindi. Kerala Kalamandalam – The temple of classical arts – It is the realisation of a poet’s dream, of a life of dedication, of a journey through the agonies of creation, of the ecstasies of fulfillment. Menon was forty nine years old when the idea struck him.

He felt scandalised that this unique art form, well recognised as total theatre, should have fallen to such low depths. He took a silent vow that night. He would dedicate the rest of his life to the resurrection of Kathakali. The depression that followed some years after the first world war further ruined the classical arts of Kerala. It was only the strength of character and determination of a few dedicated veterans and an occasional shot in the arm by an isolated patron that kept the flame alive.

Kathakali and other classical arts could not attract talented youth in numbers as they offered no source of decent livelihood. The artists who performed before the poet at Kunnamkulam shocked him] It was that shock however, that saved Kathakali. He called together his friends and registered a new society in Calicut in 1927. He christened it the Kerala Kalamandalam.

To raise funds for an institution that did not offer a monetary return was not an easy matter. He therefore ventured on a new way of getting money. He secured the Government’s approval to start a raffle. It took him and his friends three years to collect a reasonable sum before they could hold the draw at the famous Guruvayur Temple in 1930. The net proceeds of the raffle amounting to Rs. 75,000/ became the capital of Kalamandalam.[citation needed] The real functioning of the Kalamandalam began in 1930 at the Kakkat Madhom premises at Kunnamkulam.

The Mahakavi felt that the institution needed more space and facilities. Manakkulam Mukunda Raja, friend and colleague of the Mahakavi in this venture came forward and offered his premises at Ambalapuram, a few kilometres off Trichur to house the Kalamandalam. When the Kalamandalam was shifted there, the Mahakavi also came and stayed at Ambalapuram so that he could devote his personal attention to the students and teachers. He believed that artists should have a reasonable education and awareness of our classical literature and epics. So he persuaded Kuttikrishna Marar, a scholar of Kerala, to join the institution to teach the students