What is the Urban Dictionary trend and why are people searching their names?

People on social media are using Urban Dictionary to look up their own names and then posting the results, both good and bad.

In case you’ve never been before, Aaron Peckham created Urban Dictionary in 1999 as a crowdsourced vocabulary. Despite its origins as a dictionary of slang words, its scope has grown over the past two decades to include everything from video games to politics, and yes, even human names.

It is important to note that the definitions on this website are not meant to be taken seriously, unlike those found in normal Merriam-Webster or Oxford English Dictionaries. It’s impossible, for example, to find a comprehensive summary of the contentious eighth and final season of Game of Thrones. A Kazoo rendition of Smash Mouth’s “All-Star” will instead be used to describe the end of the “wonderful and magnificent symphony.” 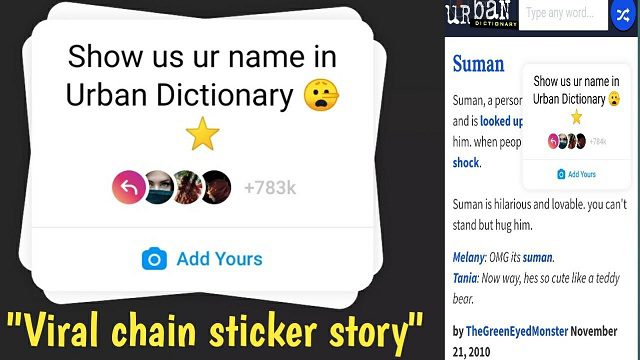 Unknown users submit these (often amusing) entries, which are subsequently reviewed by a group of unpaid editors. As a result, you should not expect them to use immaculate grammar and spelling, and they may even use language that is considered NSFW.

Finding offensive or sexually explicit results for your own name on Urban Dictionary is a good example of this last principle in action. One explanation is that entries can be submitted by anyone with an email account, therefore the proper etymology of words isn’t necessarily reflected in them.

It is more likely that a lot of the name meanings refer to someone the writer knows, whether it’s a declaration of love for a secret crush, a joke among friends, or an attack on someone they dislike.

Why Do People Use the Urban Dictionary Names?

To see what your name reads in the Urban Dictionary, even though there is no validity to the material, is becoming more and more commonplace as a bit of fun. People have been tweeting their results over the past few days.

If you’re wondering what the name “eviljordan” means, it supposedly means “a nice and caring person who is very witty, [stylish] and attractive.”

If you’re starting to wonder if Urban Dictionary’s definitions are all positive, you might want to check out some of the other results for some of these names. Submissions that are more pleasant tend to be at the top of the page, but you don’t have to go too far down to find something that is more unpleasant.

“Harrison,” for example, appears to be associated with “the ugliest boy you’ll ever meet,” who curiously causes people to vomit when they’re close enough to him. Similarly, Karen’s definition isn’t exactly uplifting.