Megan Moroney, a former University of Virginia standout, was one of only two scratched athletes on day one of the U.S. Olympic Trials Wave I event.

In the women’s 100 back, Moroney was the 24th seed and would have finished just inside the circular seeded heats. Moroney was a 17-time NCAA All-American between 2016 and 2020, but after the coronavirus epidemic moved the Olympics and Olympic Trials to 2021, she would have had to extend her competitive career another full year after graduation. Since the ACC Championships in February of 2020, Moroney had not logged any swims in USA Swimming’s database. 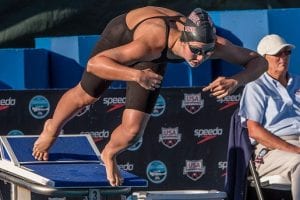 The other scratch from today’s heats was in a similar predicament. Henry Gaissert, who finished his senior year in 2020, was a multi-time Ivy League scorer for Yale. This morning, he was scratched out of the 100 free slots.

AUBURN, Ala. – AUBURN, Ala. – The Auburn swimming and diving programme will be well-represented at the U.S. Olympic Swimming Trials in Omaha, Nebraska, over the next two weeks.

Wave I starts on Friday and lasts until Monday. Ten current Auburn swimmers are slated to compete, as well as six members of the Tigers’ 2021 class who committed in November.

At Wave I, there will be a total of 16 Tigers competing in 14 different events.

Auburn’s Brynn Curtis, Emily Hetzer, and Averee Preble have been invited to Wave II, which will take place June 13-20. The top two competitors in each event from Wave I will be invited to compete in Wave II.

Wave I – Schedule of Events