BGMI iOS : The iOS version of Battlegrounds Mobile India is now available on the Apple App Store for iPhone users

The iOS version for Battlegrounds Mobile India has been published. The BGMI iOS software was released roughly a month after the official launch of India’s PUBG Mobile version. The BGMI iOS app’s maintenance schedule has also been released by Krafton.

How do I get Battlegrounds Mobile India on my iPhone or iPad?

On the Apple App Store, you may get the BGMI iOS app. Users can either search for “Battlegrounds Mobile India” or go straight to the BGMI iOS App Store listing by clicking here (on their iPhone or iPad). After that, tap on “Get” and sign in with your Apple ID credentials or Face ID. 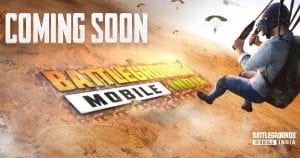 The game weighs in at around 1.9GB. To download BGMI, users must have an iPhone running iOS 11.0 or later. This is the first time in India that a PUBG Mobile version is accessible for iPhone players to download.

How to Get a Free COVID Test Kit Through Test Iowa: testiowa.com Activate

Due to ongoing maintenance, certain iPhone users may have difficulty logging in right away, according to Krafton. The work is expected to be completed by 9:40 IST. During the maintenance, Apple ID-linked accounts will be unable to log in.