CBI 5 is Coming Soon………….Directed by K Madhu and scripted by SN Swamy, the film stars Mammootty and Ranji Panicker in the lead roles. The film is the fifth part in a series of CBI diaries that have given a new dimension to Mollywood’s Investigation films.

After the second part of Jagratha, Sethuramayyar released three and four episodes, CBI and Nerariyan CBI.

No actor in the history of Indian cinema has acted in five episodes of the same film. With the release of the fifth part of CBI, Mammootty will be the owner of that historic achievement 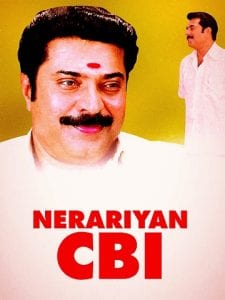 When the Covid crisis subsides, the line-up plans to start shooting the film. The shooting will start in Ernakulam. The locations are also in Thiruvananthapuram, Hyderabad and New Delhi.

K Madhu said that all the preparations are being completed and if the current crisis is removed, filming will start. Mammootty, Mukesh, Asha Sarath, Ranji Panicker, Saubin Shahir and Sai Kumar will cast in the film.

Director K Madhu first hinted at the idea of ​​a fifth film in the CBI series four years ago. Later, he and the screenwriter SN Swamy spoke about the film several times.

One of Mammootty’s popular characters is Sethuramayyar, a CBI official. The mannerisms of the character were also a trend among the movie lovers.