The Central Government has given those who passed the Teacher Eligibility Test good news.

The validity period of the TET pass certificate has been increased from “Seven years to a Lifetime”.

Union Education Minister Ramesh Pokhriyal Nishank made the announcement. The Department of Education has proposed issuing a new Lifetime Certificate to those whose TET has already been valid for seven years.

Union Education Minister Ramesh Pokhriyal has stated that candidates who obtained a Teacher Eligibility Test (Teacher Eligibility Test) certificate prior to 2011 will be eligible for life. He stated that the decision was made by the central government as part of efforts to improve opportunities for teachers. According to the National Council for Teacher Education, a critical decision was made to extend the validity of the TET certificate validity from February 11, 2011 to seven years.

Validity period of Teachers Eligibility Test (TET) qualifying certificate has been extended from 7 years to lifetime with retrospective effect from 2011. https://t.co/8IQD3cwRTz (1/2) pic.twitter.com/EGi5IJ2wNu

In fact, those seeking employment as teachers must pass the Teacher Eligibility Test in accordance with the Center’s previous guidelines. After passing the TET, government jobs are available for up to seven years. 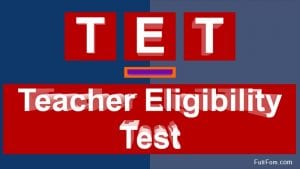 It has, however, recently made some changes. The Center has determined that once a person passes the TET, the certificate is valid for life. Union Education Minister Ramesh Pokhriyal Nishank stated this. State governments and union territories are required to follow the Central Government’s most recent guidelines.