MK Stalin, the Chief Minister of Tamil Nadu, has extended the statewide curfew for another week. The lockdown, which was originally scheduled to expire on June 14, will now last until 6 a.m. on June 21. The following will be permitted in addition to the existing relaxations in 27 districts whose active caseloads are comparatively lower. This includes the city of Chennai. 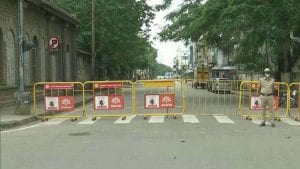 What’s Allowed and What’s not allowed?

> From 6 a.m. to 5 p.m., beauty salons, salons, and spas can operate without air conditioning if they have 50% occupancy.

> Government parks and municipal parks can only be opened between the hours of 6 a.m. and 9 a.m. for physical activity.

> Work on admissions for schools, colleges, and universities will be permitted.

> Manufacturing industries linked to exports are permitted to operate at 50% capacity.

> Other industries can operate with only 33% of its power.

Farming equipment and pump set repair businesses will be permitted to operate between the hours of 9 a.m. and 5 p.m.

SBA Disaster Loan Assistance : How do I use the 7(a) loan?

> Electronic repair shops and stores selling home equipment like mixers, grinders, and freezers are open from 9 a.m. to 2 p.m.

> Administrative work connected to student admission to schools and colleges will be permitted.

> Other industries will be able to operate with a workforce of 33%.

Previously, industry employees were permitted to go by four-wheeler. They can now get an e-pass for their two-wheelers and travel with their company-issued identification card.

> IT and ITES companies will be permitted to operate with a staff of 20% or a maximum of ten employees.

> Home financing companies, non-banking financial companies, and all cooperatives will be permitted to operate with a workforce of 33%.

Active caseloads are still high in areas like Coimbatore, Nilgiris, Tiruppur, Erode, Salem, Karur, Namakkal, Thanjavur, Thiruvarur, Nagapattinam, and Mayiladuthurai. However, the government has accepted the following limits in these 11 districts, in consideration of the needs of the people.

> E-pass will be allowed to be used by private security offices and housekeeping workers.

> With e-registration, electricians, plumbers, motor technicians, carpenters, and other self-employed people will be able to work between 9 a.m. and 5 p.m.

> Repair shops for bicycles and two-wheelers will be open from 9 a.m. to 2 p.m.

> Between 9 a.m. and 2 p.m., farm equipment and pump set repair businesses will be allowed to operate.

> Optical retail and service centres will be permitted to open between the hours of 9 a.m. and 2 p.m.

> Manufacturing and sale of pottery and handicrafts will be permitted between the hours of 6 a.m. and 5 p.m.

Shops and businesses have been forced to post hand sanitizers with dispensers at their entrances, as well as undertake thermal screening, according to a government decree. The shops are not allowed to use air conditioners when they are open, and they must rigorously follow social separation rules.

On June 11, 15,759 patients in Tamil Nadu tested positive for coronavirus. On June 11, the state officially recorded 378 deaths due to COVID-19. On Friday, a total of 29,243 people were released, and the state currently has 1,74,802 people undergoing COVID-19 treatment. Tamil Nadu has formed a committee to assess the state’s readiness for a probable third COVID-19 outbreak.

The Union government announced on June 1 that districts should open only if the test positive rate (TPR) is less than 5% for at least a week. The percentage of people who test positive in a group of people who are tested for the virus is referred to as the test positivity rate. Tamil Nadu’s TPR was 10.96 percent on June 11th. The lockdown in Tamil Nadu has been extended for the third time. On May 8, the state was placed under lockdown. It was initially extended until June 7, then until June 14, and finally until June 21.