• In accordance with the credit card programme, it would have a credit limit of Rs. 10 lakh and an interest rate of only 4%.

• If a student obtains employment, he or she will have fifteen years to pay back the loan amount.

Today, the West Bengal government announced the launch of the Student Credit Card. A student can obtain a soft loan of up to 10 lakh to further his or her studies with the use of a credit card issued by the bank. 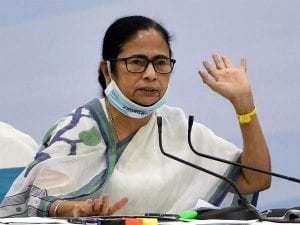 Mamata Banerjee, the chief minister of West Bengal, expressed her joy at the introduction of the Student Credit Card, which was inaugurated today by the state government. The Scheme will grant a loan of up to 10 lakh at an annual simple interest rate of 5% to empower the young of Bengal to become self-sufficient.

The policy, which was promised by the Trinamool Congress in its election campaign, was approved by the West Bengal Cabinet last week and is now in effect.

Banerjee had informed reporters earlier in the day on Thursday, “The Student Credit Card programme received unanimous approval from the Cabinet today. Anyone who has lived in West Bengal for a period of ten years is eligible to get the benefits. In India and overseas, loans would be made available for undergraduate, postgraduate, doctorate, and post-doctoral studies at all levels.”

Everything you need to know about the scheme in one place

• According to the credit card system, it would have a credit limit of 10 lakh with an interest rate of only 4% and flexible repayment choices, allowing students to pursue further education without having to rely on their parents. •
• It is available to everyone who has lived in West Bengal for a period of ten years or more.

In India and overseas, loans would be made accessible for undergraduate and postgraduate studies, as well as doctorate and post-doctoral research.

• Anyone under the age of 40 is eligible to participate in the programme.

• According to the chief minister, a student who obtains employment will be given 15 years to return the loan he or she received.