The Yakuza series has been around for quite some time, spanning not only the PS2, PS3, PS4, and PS5 generations, but also the PSP. How do you know where to start when there is such a vast history of remakes, remasters, spin-offs, and reboots? Here’s the best way to play the Yakuza games in order to get the full experience of the series’ history.

Despite being the sixth mainline release, Yakuza 0 was released in the west in 2017 for the PlayStation 3 and PlayStation 4, and its story takes place before the original Yakuza game from 2006. That’s because Yakuza 0 is a precursor to the Yakuza series, set between 1988 and 1989, and based on the two main characters, Kazuma Kiryu and Goro Majima, getting to know each other while competing for a piece of land known as the Empty Lot.

Not only does it make more sense chronologically, but some of the alterations made for the indirect Kiwami remakes of Yakuza 1 and 2 mean that this game should be played before the others. This game establishes recurring themes and sparks long-running plotlines by laying the groundwork for Kiryu and Majima’s relationship, which is reworked in the remakes. Read this if you want to know what happens in Yakuza 6! 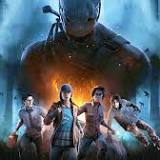 TechnoSports
PS Plus Extra: Here are the Games coming to the service this August 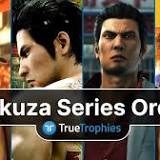