The La Porte Fire Department is asking nearby residents to evacuate the area due to an ongoing chemical release at the Dow Chemical Co. Bayport plant.

A warning message arrived around 8:30 a.m. on Wednesday.

On Wednesday, a “process upset incident” occurred at 7:27 a.m. at 7:27 a.m. at the 13300 Bay Area Boulevard facility of Dow Chemical. Pollution Control Authority Harris County revealed that the incident was caused by a chemical leak at the plant. 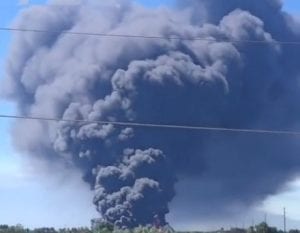 In an effort to resolve the issue, the company claims it’s working with local officials.

Due to a chemical incident on Bay Area Blvd, south of Fairmont Pkwy, The City has issued a Shelter in Place for all areas of La Porte east of Bay Area Blvd.

Because everyone in the areas at risk had been told to remain indoors, in their homes, turn off their air conditioners, and close all their windows and doors, the city encouraged all residents to wait in place and remain as they were until given the “all clear.”