The third edition of the Sustainable Development Goals (SDG) India Index and Dashboard 2020-21 was launched on Thursday by NITI Aayog. Kerala retained its top rank in the SDG India Index this year. Bihar, on the other hand, was ranked last in the government think tank’s SDG India Index.

The NITI Aayog compiles the SDG India Index every year to assess the progress of states and union territories based on social, economic, and environmental factors. The think tank noted, “Since its inception in 2018, the index has been systematically documenting and ranking the progress made by States and Union Territories toward meeting the Sustainable Development Goals.” 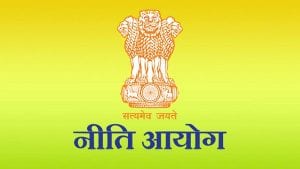 Amitabh Kant, CEO of NITI Aayog, stated of the report’s significance, ” “The study looks back on the partnerships we formed and strengthened as part of our SDG efforts. The storey illustrates how joint efforts can produce better results and have a greater impact.”

“The SDG India Index & Dashboard, which we use to track SDGs, continues to be well recognised and acclaimed around the world. Ranking our States and Union Territories by constructing a composite index on the SDGs is yet a rare data-driven endeavour. We are optimistic that it will continue to be a source of inspiration and emulation, assisting worldwide monitoring efforts “NITI Aayog Vice Chairman Dr. Rajiv Kumar remarked during the report’s launch.

The country’s overall score on the Sustainable Development Goals has improved by six points, according to the findings. It has risen from 60 points in 2019 to 66 points in 2020-21. “Exemplary country-wide achievement in Goal 6 (Clean Water and Sanitation) and Goal 7 (Affordable and Clean Energy), where the composite Goal scores are 83 and 92, respectively,” the official think tank stated.

Kerala is the best-performing state

Kerala had the highest SDG score out of all the states and union territories in the country. Kerala narrowly edged out Himachal Pradesh and Tamil Nadu with a 75 out of 100 score, after both states received a 74. With an SDG score of 72 out of 100, Andhra Pradesh placed in third.

With ratings of 52 and 56, Bihar and Jharkhand were the worst-performing states on the SDG India Index.