Sanchari Vijay, a Kannada actor who died in a road accident in Bengaluru on Friday night, died on Monday in a private hospital. Sanchari Vijay was declared brain dead by doctors after undergoing surgery for a brain bleed. His family decided to donate his organs as a result.

Sanchari Vijay was involved in an accident while riding his bike home from a friend’s house, suffering injuries to the right side of his head and thigh. He was taken to the hospital right away and admitted to the Intensive Care Unit. 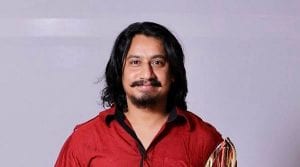 According to a storey in the Times of India, Vijay’s brother Siddhesh has confirmed that his brother’s brain has stopped functioning.

“Because his brain stem is no longer functional, we’ve opted to give his organs. Vijay has always believed in giving back to society, which he is doing by donating his organs,” he explained.

As soon as the news of Vijay’s death was announced, condolences began to flow in. Sudeep, a Kannada actor, expressed his condolences on Twitter.

“It’s quite sad to accept that Sanchari Vijay has passed away,” Sudeep added. I met him a number of times immediately before the lockdown, and he was quite enthused about his upcoming project. Very depressing. To his family and friends, my heartfelt condolences. “Rest in peace.”

Vijay made his acting debut in the 2011 film Rangappa Hogbitna and has since appeared in films like Harivu and Oggarane.

Vijay was honoured with the National Award for his portrayal of a transgender character in the highly acclaimed film Naanu Avanalla…Avalu. He was last seen in the film ACT 1978, which was released last year.

During the lockdown, he worked with the Usire team to administer oxygen to the victims of Covid-19. He also used his social media platforms to provide information about Covid resources.