The Reserve Bank of India (RBI) will conduct its bi-monthly monetary policy review from June 2-4, with Governor Shaktikanta Das expected to announce the Monetary Policy Committee (MPC) decisions on June 4.

Given the uncertainty surrounding COVID-19 and concerns about inflation, experts believe the central bank will keep the benchmark interest rate unchanged. The repo rate (lending rate) is expected to remain at 4%, with the reverse repo rate (RBI borrowing rate) remaining at 3.35 percent.

During the most recent MPC meeting in April 2021, the panel also left rates unchanged.

The sentiment is backed up by the RBI’s annual report, which stated that monetary policy in 2021-22 would be guided by “evolving macroeconomic conditions” until “durable growth” is achieved “while ensuring that inflation remains within target.” 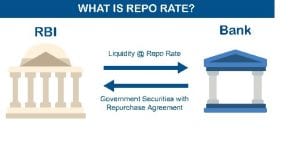 According to the RBI’s assessment in its report, the evolving Consumer Price Index (CPI) inflation trajectory “is likely to be subject to both upward and downward pressures,” while food inflation will “critically depend” on the monsoons.

It went on to say that the central bank would ensure comfortable system-level liquidity during 2021-22, in line with its monetary policy stance, and maintain financial stability while ensuring “uninterrupted” transmission.

If rates remain unchanged on June 4, the RBI will have maintained the status quo for the sixth time in a row.

Here’s what the experts think:

Ranen Banerjee, PwC India Leader (Economic Advisory Services): The increased risk of inflation, as a result of higher input costs and petroleum prices, will limit the MPC’s ability to take rate-related action. We are in for a long pause with open market operations as a tool that will be used more frequently to keep 10-year yields near 6%.

Aditi Nayar, Chief Economist at ICRA: Given the ongoing pandemic, the economic outlook remains uncertain. We anticipate that the monetary policy stance will remain accommodative for the majority of 2021, at least until vaccine coverage improves dramatically. We expect average CPI inflation to fall to 5.2 percent in 2021-22, down from 6.2 percent in 2020-21. Nonetheless, it will remain well above the midpoint of the MPC’s revised medium-term target range of 2-6 percent, ruling out further rate cuts to support economic activity and sentiment.

Viral Sheth, Finance Controller at Moneyboxx: Given the rising risk of inflation, we anticipate that policy rates will remain unchanged in the upcoming monetary policy. It is critical that the RBI ensures adequate credit flow to the rural economy. Setting up a special window for rural-focused and smaller NBFCs will be extremely beneficial. Alternatively, the central bank should consider increasing or relaxing banks’ exposure to non-banking financial companies (NBFCs), particularly smaller ones.

Padmaja Chunduru, Managing Director and CEO of Indian Bank: The MPC will closely monitor inflation. Given that the economy has not yet been fully opened up and there is still uncertainty surrounding vaccination, I believe the interest rate will remain unchanged.

NAREDCO National President Niranjan Hiranandani: The central bank is likely to maintain its accommodative stance. The second wave of the COVID-19 pandemic has had an impact on the economy; there is a need to increase system liquidity, particularly for stressed industries. Measures must be taken to ensure that banks do not acquire any more non-performing assets (NPAs), including changes to the Insolvency and Bankruptcy Code (IBC).

Andromeda and Apnapaisa CEO V Swaminathan: Inflation is a major concern ahead of the upcoming monetary policy review. The common man has been impacted by rising petrol prices, which have reached Rs 100 per litre. I expect the RBI to announce additional steps to give our COVID-19-ravaged economy some much-needed breathing room.

The repo rate (lending rate) is expected to remain at 4%, with the reverse repo rate (RBI borrowing rate) remaining at 3.35 percent.

For the period April 2021-March 2026, the Centre has maintained its inflation target of 4%, with lower and upper tolerance bands of 2% and 6%, respectively.

In April, retail inflation (as measured by CPI) fell to a three-month low of 4.29 percent. Notably, when determining monetary policy, the RBI primarily considers the CPI.