In a London-based educations analyst’s analysis, IISc received a perfect score of 100 out of 100 for the citations per faculty (CPF) criterion.

‘India is emerging as a Vishwaguru in the sphere of education and research,’ says Education Minister Prakash Javadekar. 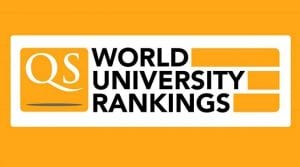 QS (Quacquarelli Symonds), a leading worldwide higher education analyst, has announced the 18th edition of one of the most widely used international university rankings.

In a London-based educations analyst’s analysis, IISc received a perfect score of 100 out of 100 for the citations per faculty (CPF) criterion.

According to the rankings, IIT Bombay is ranked 177th, IIT Delhi is ranked 185th, and IISc Bengaluru is ranked 186th in the total university rankings worldwide.

“India is taking a leap in the field of Education & Research and is emerging as a Vishwaguru,” Union Education Minister Ramesh Pokhriyal “Nishank” said, “We are equally proud to have a Guru like Prime Minister Shri Narendra Modi who has constantly been thinking about the welfare of students, faculty staff, and all other stakeholders associated with higher education.”

The India Institute of Technology (IIT) Bombay is India’s top-ranked institution for the fourth year in a row in the QS World University Rankings 2022, according to the 18th edition of the rankings.

IIT Delhi has moved from 193rd to 185th place in the rankings, making it India’s second-best institution. It did so by surpassing the IISc, which was ranked 186th, a notch worse than previous year, according to the rankings.

IIT Madras has climbed 20 places to joint-255th place, its highest ranking since 2017. IIT-Kharagpur is ranked 280th, while IIT-Guwahati, which is placed joint-395th, has made its maiden appearance in the worldwide top-400.

In comparison to worldwide competition, Indian universities have enhanced their research impact. According to the rankings, seventeen of India’s 35 universities had an increase in their CPF score, while just 12 saw a decrease.

Indian universities, on the other hand, continue to suffer in QS’s assessment of institutional teaching capacity. Only six of India’s 35 institutions had an improvement in QS’s faculty/student ratio measure, while twenty-three saw losses.

In terms of faculty-to-student ratio, no Indian university is among the top 250.

In QS’ academic reputation metric, Indian universities have made sustained growth, with 20 of the 35 entrants boosting their ratings and only nine dropping their rankings.

This year’s rankings included 1,300 universities from across the world, which is 145 more than the previous year’s edition, which had 97 locations.

6,415 universities were judged to be suitable for the survey analysis, and 1,705 were evaluated for the final table, out of a total of 13,000 institutions. The findings took into account the distribution and performance of 14.7 million scholarly publications published between 2015 and 2019, as well as the 96 million citations those papers got.

They also took into account the professional opinions of more than 1,30,000 academics and 75,000 employers.

The Massachusetts Institute of Technology has been ranked first in the world for the 10th year in a row. For the first time since 2006, the University of Oxford has risen to second place, while Stanford University and the University of Cambridge are tied for third place.