The popcorn craze has hit my house hard, especially with the youngsters. It’s to the point where they request popcorn every time we watch a movie and use our popcorn maker. Popcorn was a natural choice for our latest scientific endeavour.

What you’ll need for the popcorn science experiment:

To kick off our STEM inquiry, we questioned whether or not pre-microwave treatment options would affect the rate and success of popcorn popping.

We had four kernel groups:

One-fourth cup of kernels was divided among the test subjects. For nearly an hour, we soaked both the oil and water batches before popping them. To prepare the “pre-heat” group for popping, we microwaved them for 40 seconds. 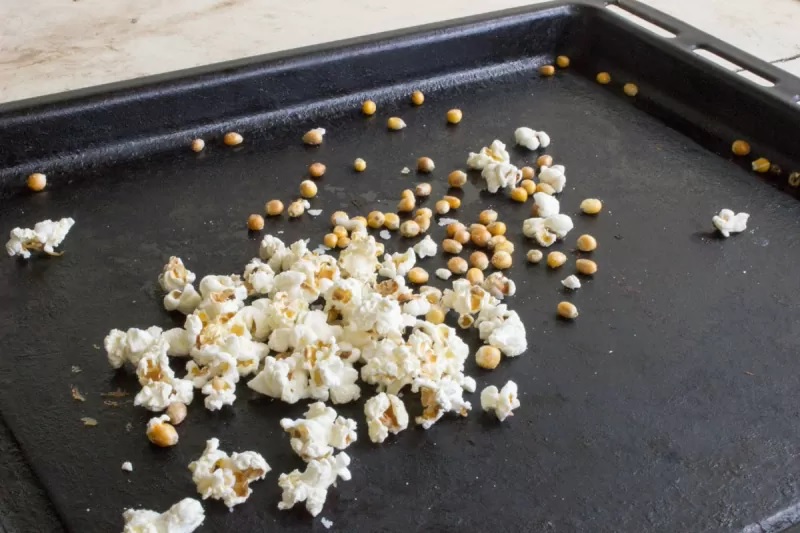 To keep track of which kernels went into which containers, the youngsters labelled them all.

When we were finished, we put each batch of kernels in a brown paper lunch sack and folded the top over. Two minutes was the exact amount of time used to microwave each set of kernels.

The children heated the popcorn and then conducted a taste test and a kernel test to establish the optimal cooking time and temperature.

To get the finest flavour and most kernels to pop, the youngsters found that soaking the kernels in oil beforehand was the best strategy.

Popcorn has captivated audiences for generations. Popcorn was thought to contain a spirit by Native Americans. The spirit became enraged when exposed to high temperatures, and it eventually escaped its dwelling as a puff of steam. The popping of popcorn has a less endearing but more scientific explanation.

Popcorn, or Zea mays everta in its scientific form, is a popular snack. It belongs to the grass family and is referred to as maize or corn. The germ, endosperm, and pericarp are the three parts that make up a kernel of popcorn, making it a full grain (or hull). Popcorn is the only type of corn that pops; the others are sweet, dent (or field), and flint (or Indian). Popcorn’s hull has the perfect thickness, making it easy to pop open, making it distinct from other forms of corn.