The Education Ministry has announced that it has cancelled the CBSE Class 10th and 12th Board exams. “Government of India has decided to cancel the Class 12 CBSE Board Exams. After extensive consultations, we have taken a decision that is student-friendly, one that safeguards the health as well as future of our youth,” the Prime Minister announced. In the same line, ICSE and some other state boards have announced the cancellation of their board exams. Thus, NEET 2021 aspirants have also asked the ministry to postpone the medical entrance. 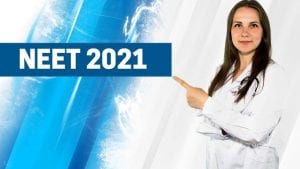 Some students are also asking the government to vaccinate all the candidates who are to appear for the NEET UG 2021 exam before its conduction to reduce the risk of contracting the disease while appearing at the examination centre. The central government will soon take the final call for the dates of the NEET 2021 exam as they have already announced the Class 12 board exams 2021 postponement.

NEET is considered one of the toughest entrance examinations all over the country. It is a national level examination for 12th pass out students to join the medical field. Last year also there was a continuous delay in the conduct of examinations due to the Covid-19 pandemic in the country. This year, NTA announced the exam date in March-mid but the registrations have still not begun. NTA has announced that it will accept NEET application in online format only. For the August exam, the form ought to have opened on the official website of NEET in the April-May timeline. Thus, with the registration form still unavailable, there is hope that the education ministry might announce a student-favourable decision.

Last year, the exam was held on September 13 after being postponed twice due to the COVID-19 pandemic. A total of 7,71,500 candidates had qualified for the exam, for which over 13.66 lakh appeared. The test happened in eleven languages i.e. English, Urdu, Hindi, Assamese, Bengali, Odia, Marathi, Kannada, Gujarati, Tamil, and Telugu.

Views: 1,497 https //neet.nta.nic.in/ : There is no doubting that the COVID-19 pandemic has had a negative impact on the country’s education system, forcing officials to cancel various higher education tests as well as entrance […]