The United States Army also celebrates the U.S. Army birthday on this date; Congress adopted “the American continental army” after reaching a consensus position in the Committee of the Whole on June 14, 1775

Several people and/or organizations played instrumental roles in the establishment of a national Flag Day celebration. They are identified here in chronological order.

The earliest reference to the suggestion of a “Flag Day” is cited in Kansas: a Cyclopedia of State History, published by Standard Publishing Company of Chicago in 1912. It credits George Morris of Hartford, Connecticut:

William T. Kerr, a native of Pittsburgh and later a resident of Yeadon, Pennsylvania, founded the American Flag Day Association of Western Pennsylvania in 1888, and became the national chairman of the American Flag Day Association one year later, serving as such for fifty years. He attended President Harry S. Truman’s 1949 signing of the Act of Congress that formally established the observance.

In 1889, the principal of a free kindergarten, George Bolch, celebrated the Revolution and celebrated Flag Day, as well.

Sarah Hinson, a school teacher in Buffalo, NY began Flag Day exercises, (teaching the children to salute the Flag and repeat the Pledge of Allegiance) to instill in her pupils proper respect for the nation’s flag, holding the first ceremony in 1891. She chose June 14th because that was the day in 1777 when the Continental Congress accepted the design of the “American” Flag.[18]

In 1893, Elizabeth Duane Gillespie, a descendant of Benjamin Franklin and the president of the Colonial Dames of Pennsylvania, attempted to have a resolution passed requiring the American flag to be displayed on all Philadelphia’s public buildings. In 1937, Pennsylvania became the first state to make Flag Day a legal holiday.

1907, Benevolent and Protective Order of Elks

American fraternal order and social club the Benevolent and Protective Order of Elks has celebrated the holiday since the early days of the organization and allegiance to the flag is a requirement of every member. In 1907, the BPOE Grand Lodge designated by resolution June 14 as Flag Day. The Grand Lodge of the Order adopted mandatory observance of the occasion by every Lodge in 1911, and that requirement continues.

The Elks prompted President Woodrow Wilson to recognize the Order’s observance of Flag Day for its patriotic expression.

During the 1913 Paterson silk strike, IWW leader “Big” Bill Haywood asserted that someday all of the world’s flags would be red, “the color of the working man’s blood.” In response, the city’s leaders (who opposed the strike) declared March 17 to be “Flag Day,” and saw to it that each of the city’s textile mills flew an American flag. This attempt by Paterson’s leaders to portray the strikers as un-American backfired when the strikers marched through the city with American flags of their own, along with a banner that stated:

WE WEAVE THE FLAG

WE LIVE UNDER THE FLAG

WE DIE UNDER THE FLAG

BUT DAM’D IF WE’LL STARVE UNDER THE FLAG.

The week of June 14 (June 14–20, 2020; June 13–19, 2021; June 12–18, 2022) is designated as “National Flag Week.” During National Flag Week, the president will issue a proclamation “urging the people to observe the day as the anniversary of the adoption on June 14, 1777, by the Continental Congress of the Stars and Stripes as the official flag of the United States of America.” The flag should also be displayed on all government buildings. Some organizations, such as the town of Quincy, Massachusetts, hold parades and events in celebration of America’s national flag and everything it represents.

The National Flag Day Foundation holds an annual observance for Flag Day on the second Sunday in June (June 14, 2020; June 13, 2021; June 12, 2022). The program includes a ceremonial raising of the national flag, the recitation of the Pledge of Allegiance, the singing of the national anthem, a parade and other events.

The Star-Spangled Banner Flag House in Baltimore, Maryland, birthplace of the 1813 flag that inspired Francis Scott Key (1779–1843) to pen his famous poem a year later, has celebrated Flag Day since the 1927. In that year, a museum was created in the home of flag-banner-pennant maker Mary Pickersgill on the historic property.

The annual celebrations on Flag Day and also Defenders Day (September 12, since 1814) commemorate the Star-Spangled Banner and its creator Mary Pickersgill, for the huge emblem that flew over Fort McHenry guarding Baltimore harbor during the British Royal Navy’s three days attack in the Battle of Baltimore during the War of 1812 (1812–1815).
The Betsy Ross House, home of legendary Betsy Ross has long been the site of Philadelphia’s observance of Flag Day.

Coincidentally, June 14 is also the date for the annual anniversary of the Bear Flag Revolt in California. On June 14, 1846, 33 American settlers and mountain men arrested the Mexican general in command at Sonoma, and declared the “Bear Flag Republic” on the Pacific Ocean coast as an independent nation. A flag emblazoned with a bear, a red stripe, a star and the words “California Republic” was raised to symbolize independence from Mexico of the former province of Alta California. The Bear Flag was adopted as California’s state flag upon joining the Union as the 31st state in 1850, after being annexed by the United States following the Mexican–American War of 1846–1849. Prominently flying both the US and state flags on June 14 is a tradition for some Californians.

1. Our flag is the representative of our freedom….. it is an expression of the unity of all the men and women….. Let us recall and celebrate the efforts made by our countrymen in making our country proud…. Happy Flag Day to you all!!!

2. Always be proud of the flag of our country as many people sacrificed their lives for its honor, each and every battle fought by Americans were led by this flag and it is the strength of our nation…. Sending best wishes on Flag Day to you.

3. Flag Day is the reminder that we all are Americans….. We all must be very proud of our country, of our culture, of our flag which fills our hearts with pride….. Happy Flag Day to you my friend.

4. We all are united with one land, one country, and one flag…. No matter how different we are but our flag binds us into one strong force…. Let us promise to always fight for the honor of our flag…. Flag Day 2021!!!

5. Whenever I see our flag swing high in the sky, I feel proud to be an American….. We have always put our country and its honor first and our flag is the representation of it…. Sending warm wishes to you on Flag Day.

6. We are born in the United States of America and we are one…. Our flag is the strongest representation of our strength and we would go farthest to fight for it…. Happy Flag Day to you.

7. We have given all our heart, all our soul, and all our love to our country…..  We are a nation bonded with one land and one flag….. Let us promise to always respect our flag and live for it…. Happy Flag Day to you.

To The honor of This Day Celebration, We are Come up Some Best Flag Day Quotes, wishes, SMS, Messages, Images and HD Wallpaper Which Will Make The More Important Day in United States People. Those Happy Flag Day Quotes 2021 Will Remind us The History of Amazing Country Was Founded on. 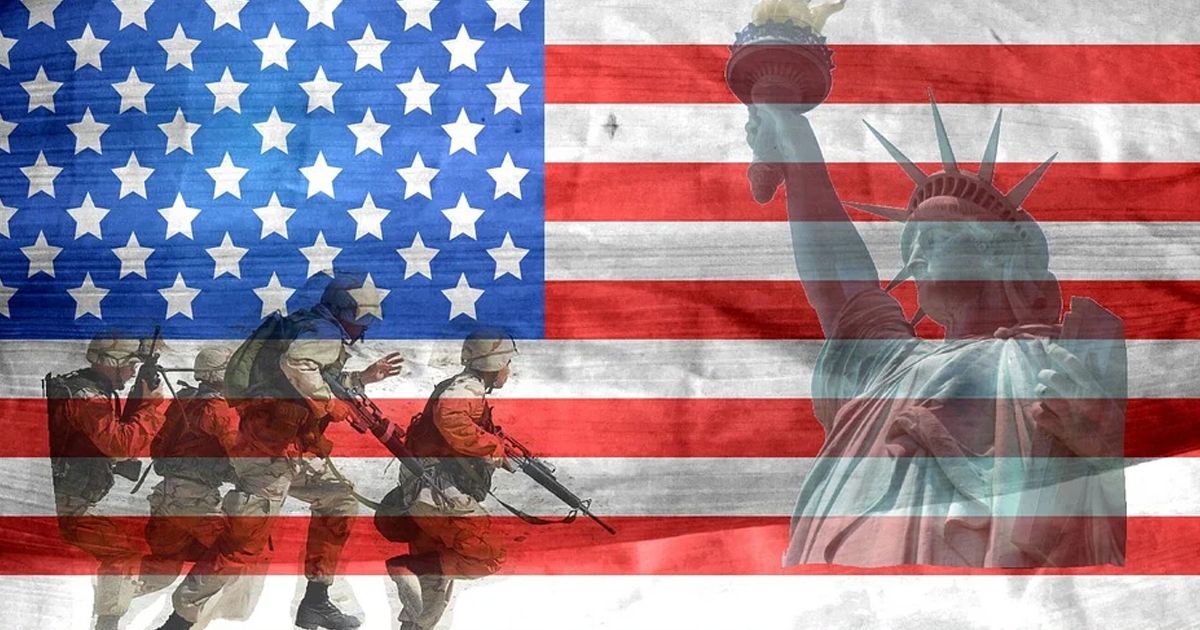 The American flag is the most recognized symbol of freedom and democracy in the world. – Virginia Foxx 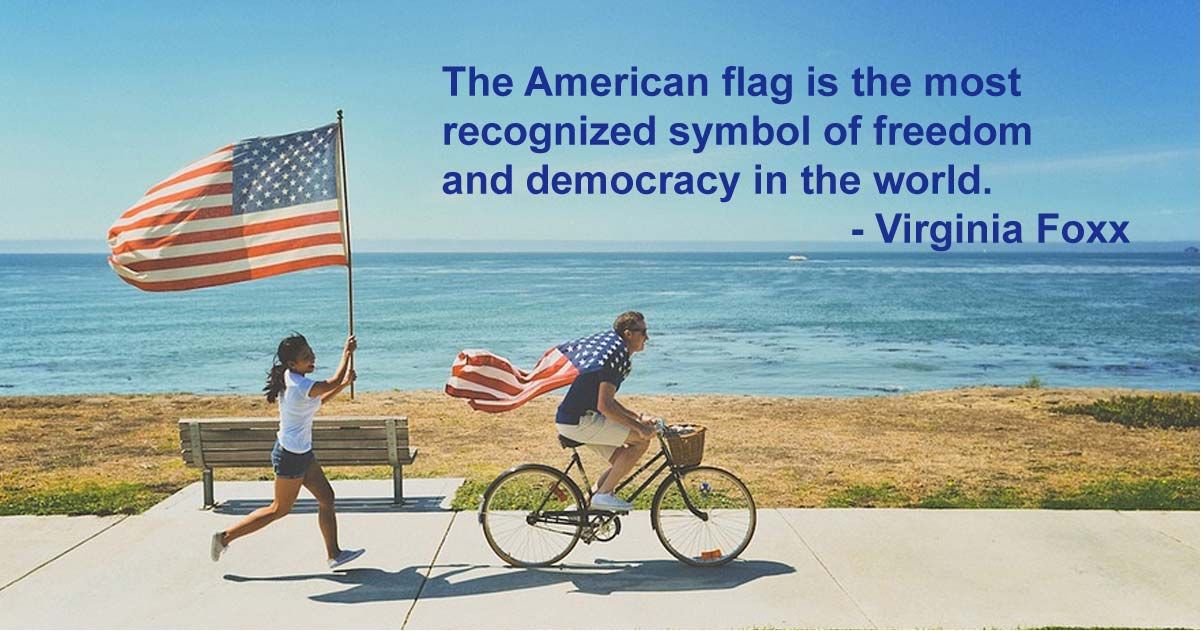 On What Rests The Hope of The Republic? One, Country, One Language, One Flag (Alexander Henry)

The Red and White and Starry Blue is Freedoms Shield and Hope. (John Philip Sousa) 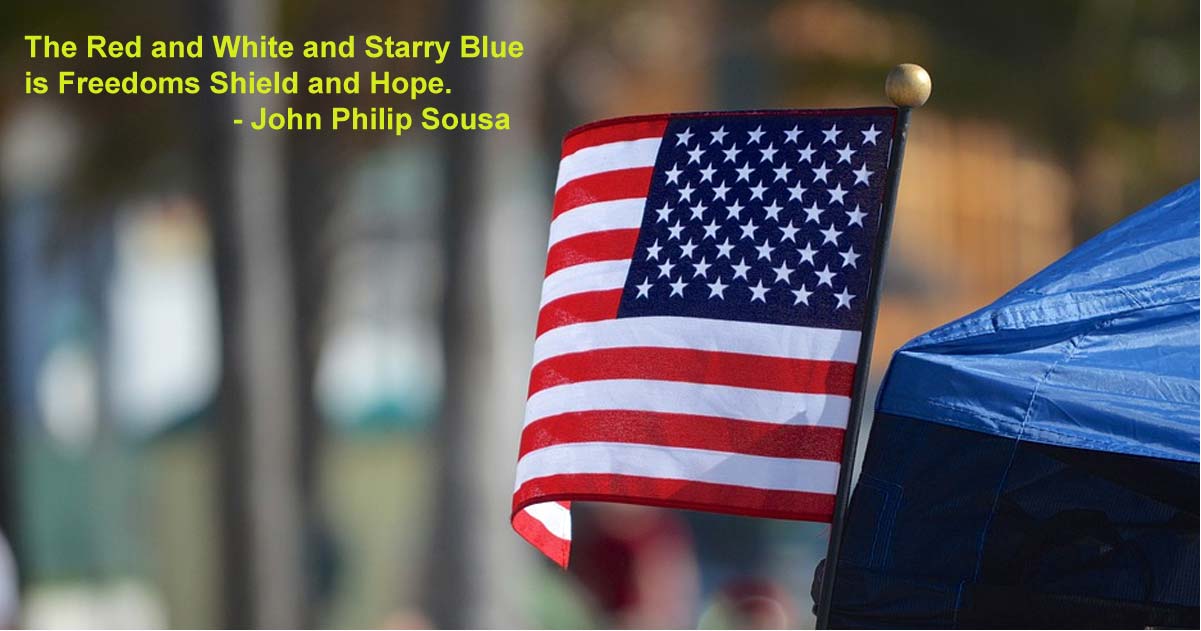 We Take The Stars From Heaven, The Red From Our Mother Country, Separating it by White Stripes, Thus Showing That We have Separated from here, and The White Stripes Shall Go Down To Posterity, Representing our Liberty. (George Washington)

1. Flag of a country is always a pride for the countrymen.

2. We all want the flag of our country to rise high in sky.

3. There is something inspirational about a country’s flag.

5. Always take pride in standing in the honor of your flag.

6. Salute to your country’s flag as it reflects many sacrifices that have been made

These Are The Best National Flag Day 2021 Wishes, Messages, Greetings, Saying, Quotes, Picture and HD Wallpaper. You Can Use Those Images on Social Media like Facebook, Whatsapp, Twitter. Enjoy The Celebration With Friends ad Family.