The National Aeronautics and Space Administration (NASA) announced intentions to launch two new scientific missions to Venus between 2028 and 2030 on June 2, 2021.

NASA’s two trips to Earth’s so-called sister planet will be the agency’s first in decades, and they will examine the planet’s atmosphere and geologic features. 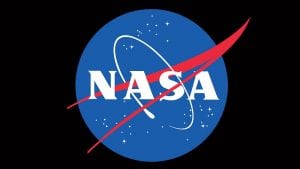 What will DAVINCI+ and VERITAS accomplish?

It will analyse the composition of Venus’s dense atmosphere in order to have a better understanding of how it formed.

A fly-by spacecraft and an atmospheric fall probe will also be part of DAVINCI+. It will most likely deliver the first high-resolution photographs of Venus’s unique geological features known as tesserae. Scientists believe that the features are similar to Earth’s continents, implying that Venus has plate tectonics.

It will map Venus’s surface from orbit in order to learn more about its geological history and why it developed so differently than Earth.

A massive sinkhole has appeared in Mexico, threatening to swallow a nearby home.

Venus is Earth’s nearest planetary neighbour and is the second planet from the sun. It has a structure that is comparable to Earth’s, though it is significantly smaller, with a diameter of roughly 12,000 kilometres (7,500 miles).
A toxic, thick atmosphere, mostly composed of carbon dioxide, hangs above Venus’s dismal landscape, coupled with clouds of sulfuric acid droplets. It causes a greenhouse effect that bakes the planet’s surface at temperatures of up to 880 degrees Fahrenheit (471 degrees Celsius), hot enough to melt lead.

Venus has likewise garnered less scientific attention recently than Mars and other planets in the solar system.

NASA’s assistant administrator for science claimed during the mission announcement that the mission will “revitalise the planetary science programme” by conducting intensive exploration of a globe that NASA has not visited in almost 30 years.