MONTREAL – No winning tickets for the $ 70 million jackpot were selected in Tuesday night’s Lotto Max draw.

Therefore, in next Friday’s draw, June 4, the total prize pool will be approximately $ 99 million, another jackpot of $ 70 million and approximately 29 prizes of $ 1 million each.

In Tuesday’s draw, seven prizes of $ 1 million were won with a selection sold in Quebec, one in Ontario, another in the Atlantic provinces and four in the Prairies. A total of $ 88 million was at stake. 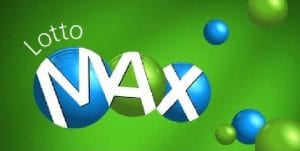 Loto-Quebec reports that since the launch of Lotto Max, 37 jackpots have been won in Quebec, including two of $ 70 million each last year, the largest jackpots ever won in Quebec.

10km Radius : What can you find within a 10-kilometer radius of your Greater Melbourne home?

However, seven of the 20 Maxmillions prizes of $1 million were won. Four of those winning tickets were sold in the Prairies, with the remaining three winners in Ontario, Quebec and the Atlantic provinces.

The jackpot for the next draw on June 4 will remain at an estimated $70 million, with 29 Maxmillions prizes of $1 million each up for grabs.