Loki is in a sort of a tiebreaker position in a best-of-three game as the third major Marvel Cinematic Universe television series to be broadcast in this Disney+ streaming period of Marvel TV. WandaVision was a pleasant surprise, upending expectations about how lighthearted a Marvel TV show could be and how far it might deviate from the face-punching status quo of the movies. 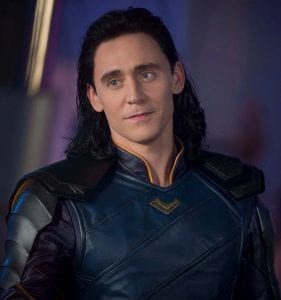 The climax was disappointing in three ways, but overall, WandaVision hinted that Marvel might have some intriguing, inventive impulses in the television space. The Falcon and the Winter Soldier, on the other hand, were followed by WandaVision, who landed with a dull thwomp sound and subsequently failed to improve on their first impression. As a result, Loki has served as a litmus test for what Marvel TV truly aspires to be. Would it have WandaVision’s fun gestalt? Or would it be a drab rehash of The Falcon and the Winter Soldier?

Of course, I’ve already given away the answer: Loki, which premieres tomorrow, is fortunate in that it falls more on the WandaVision side of the spectrum. It’s not quite as startling as the first WandaVision episodes were — Tom Hiddleston is reprising his role as Loki, a character who has become well-known thanks to a series of Marvel films, and the show’s narrative language is more akin to standard Marvel mechanics: Infinity Stones, world-hopping, and battle scenes in which an unknown figure knocks out someone and then strides away in a floor shot that only shows the villain’s boots You know, Marvel-related things.

Loki, like WandaVision, has carved out a niche for himself in a remote part of the Marvel cosmos. Because Loki takes place in a strange storey outpost: the Time Variance Authority, an organisation of bureaucratic time cops whose job is to maintain a single, integrated universal timeline, it doesn’t have to deal with all of the major earthbound plot events that tripped up The Falcon and the Winter Soldier.

Loki, the God of Mischief, is a well-known Norse deity. So when Marvel’s version of this god gets his own show, there will undoubtedly be a delightful streak of deception running through the action. Tom Hiddleston is the ideal leading man for this riotously inventive new series, which may be the strangest Marvel Cinematic Universe adventure yet. Loki begins on Disney Plus on Wednesday, June 9, with a new episode airing every week.

The series kicks out with a scenario from Avengers: Endgame, in which Marvel’s most powerful heroes have time-traveled back to the events of the first Avengers film, where they run across the God of Mischief when he was still the scamp we first encountered all those years ago. Because that thing hasn’t happened yet, Loki hasn’t sought redemption for his villainy in the past. So when Loki picks up a stray magical cube and uses it to flee, he changes the course of history. This draws him to the notice of a hitherto unknown agency of timecops, who are planning to extinguish everyone’s favourite deranged deity — unless he turns out to be the key to a time-bending threat that threatens to rewrite the whole MCU.

Loki has been arrested for attempting to deviate from the accepted version of historical events, but when a TVA official played by Owen Wilson recruits Loki to help track down a pernicious, dangerous timeline offender who has eluded the TVA’s grasp, Loki is given the opportunity to prove himself (and continue to exist). Loki is on hand to assist the authorities in apprehending a more murderous version of himself.

Nothing about that concept suggests Loki will be a part of Marvel’s more loose-knit, light-touch side. It’s not like WandaVision, where the story’s concept necessitates a deviation from the norm. Nonetheless, the first two episodes made available to critics show promise. Loki’s reluctant buddy-cop dynamic is familiar TV territory, and it carries just enough procedural oomph to differentiate Loki from the lumpy, overcrowded morass of Marvel movie storytelling.

Unlike The Falcon and the Winter Soldier, which had no apparent design beyond “What if a movie but also excruciatingly long,” Loki’s reluctant buddy-cop dynamic is familiar TV territory, and it carries just enough procedural oomph to differentiate Loki from the lumpy, overcrowded While I believe Loki would benefit from procedural elements in the sense that the word is usually used on television (strong single-episode stories, a chain of problems and solutions linked within a larger narrative arc), the first two Loki episodes already have some fun procedural elements in a slightly different sense.

The beginning of Loki is full of tedious procedures. Sure, some of it is expositional world-building material: extended explanations of how the TVA works, joyful send-ups of bureaucratic foolishness, scenes that are primarily about going through paperwork. But it’s such a relief to watch a Marvel narrative that doesn’t scrimp on that stuff; I’d much rather watch a character give a tour of a structure than watch them come abruptly in the middle of a plot that expects me to recognise and care about who they are.

Around him, bits of storey eddy, as the huge, complicated gobbledygook of inevitable multiverse developments rushes by. Still, he’s there in every scene, steady and grounded, though a little amused by the avalanche of material. Everyone else is free to run around like magical chickens with their heads chopped off. Wilson portrays the straight-shooter with such assurance that your gaze will always be drawn to him.

In Fortnite’s Foreshadowing Quest, where can you destroy Spooky TV Sets?

It’s possible — perhaps likely — that Loki won’t be able to keep the excitement going for the rest of the show’s six episodes. Loki follows a group of unusual heroes as they struggle to keep a cohesive chronology by pruning out stray events that threaten to branch off from the history’s single stalk. The TVA’s adorable brutalist/absurdist style repeatedly displays us the same image: an old-fashioned monitor showing some alternate chronology slithering out from the main plot, threatening to break the cosmos into several branches.

The picture is reversed in most Marvel programming. It might start in its own planet, with unique protagonists and a location that sets it apart from the rest of the MCU. Then, when it gets closer to the resolution, everything distinguishes it is peeled away. Characters are reintroduced into the Avengers/Infinity Stones/Blip/main-story fold after a brief break from the Marvel state quo. The odds are fairly good that the same thing will need to happen in Loki, and as much as I’d like to see a Marvel version of White Collar where Loki and Owen Wilson are time-cop colleagues and reluctant friends, it seems inevitable that Loki will eventually collapse back toward the Marvel narrative mean. However, until then, it’s good to be able to enjoy Loki for what it is: a fun storytelling variety.