Kyle Kuzma had a huge double-double for the Wizards against the Boston Celtics." />
News Ticker
Views: 110

Kyle Kuzma had a huge double-double for the Wizards against the Boston Celtics. 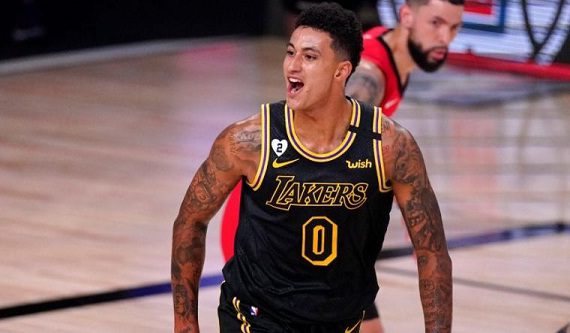 Although Kuzma’s overall fantasy potential has been capped by his poor field-and-free-throw line efficiency (42.2 percent) and lack of assists (1.7 per game), he has been a strong three-category contributor in his first year in Washington (points, rebounds, and three-pointers). While Rui Hachimura (conditioning) has yet to make his season debut, Kuzma has been particularly impressive on the glass while serving as the team’s starting power forward. He has nearly doubled his rate from 2020-21 with the Lakers, averaging now 12.0 rebounds per game (6.1).