On Saturday and Sunday, the city will be completely shut down.

The existing lockdown in Kerala has been prolonged for another week until June 16 because the test positivity rate (TPR) has remained stable after being reduced by half to 15%. The decision to keep the lockdown in place was made at a review meeting convened by Chief Minister Pinarayi Vijayan on Monday. 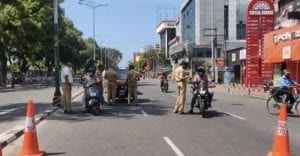 The city will be completely shut down on Saturday and Sunday, with heavy restrictions on public movement. During the lockdown period, shops selling critical commodities, industry raw materials, and construction materials will be allowed to open, the Chief Minister clarified at the conclusion of the review meeting.

On Mondays, Wednesdays, and Fridays, banks will be open. Only on June 11 (Friday), from 7 a.m. to 7 p.m., will showrooms for stationery, jewellery, footwear, textiles, and eyeglasses be permitted to remain open.

When the extended lockdown ends on June 17, government and semi-government offices/institutions, public sector institutions, businesses, and commission offices will be able to operate with half-staff.

The lockout may be lifted only once the TPR falls to 10% or lower, according to a State government-appointed expert committee. The TPR has not budged, according to the review conference, primarily because tests are being limited to people with clinical symptoms.

This was escalated to the highest level with the intention of purchasing some concessions, but it was not approved. Another idea made at the conference was to keep the limits in place only where the case load is the highest, with the remainder of the locations being opened up in stages.

The conference took place against the backdrop of the state’s daily death toll reaching an all-time high of 227 on Sunday. This had pushed the total death toll to 10,000. Despite the high toll in absolute numbers, the case fatality rate is still one of the lowest at 0.38 percent.

Lockdown in Kerala extended till June 9 with some norms relaxed