The second PUC exam results will be declared by the Department of Pre-University Education, Karnataka by July 20, 2021.

S Suresh Kumar, the Minister of Primary and Secondary Education, announced the news in a press conference on Friday morning. While lakhs of students were relieved when the verdict on the II PUC was announced, the notification on the SSLC exams caused disappointment. He promised, however, that no student, whether in II PUC or SSLC, would fail and that everyone would be promoted.

Suresh Kumar stated at the press conference that the government had decided on the two essential examinations after extensive conversations and brainstorming with specialists, authorities, and educators. Suggestions from students and parents, he said, were also considered. He added that the government reached out to other state administrations that had cancelled board exams to learn how they planned to evaluate pupils without tests. 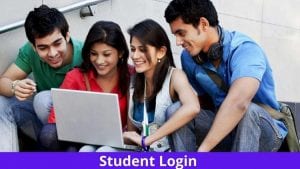 He stated that the II PUC exams have been cancelled, and that students will be judged on their performance in the I PUC examinations, which will be held in February 2020. The I PUC exams were administered on a district-by-district basis. Students will be judged based on their performance on that exam,&rdquo; he added, adding that if any student is unhappy with their scores, the department is considering holding examinations for them when the Covid matter is resolved.

Private candidates and repeaters must also appear for the tests that are being held at that time. Everyone’s first effort will be counted as a success, he explained.

He stated that the results would be released by the end of July. Grading guidelines will be issued by the department shortly. The department explained that there will be no ranking and that students will receive grades such as A, B, and B+ based on their past grades, not an exact proportion of points.

The government’s decision to hold exams for SSLC pupils, on the other hand, has been met with regret, as the third wave of Covid is expected to harm children and teenagers.

The SSLC exam would be administered in an MCQ format, according to Kumar’s declaration. Students will have to take two exams on two distinct days with a three-to-four-day interval between them. The first exam will cover key disciplines such as science, math, and social science. Each subject will be worth 40 points, for a total of 120 points. The three-hour paper will have easy and basic questions, according to the ministry. Languages will be the subject of the second paper.

He stated that the number of examination centres would be increased from 3,000 to 6,000, and that one student would be seated at one workstation. Only vaccinated teachers would be appointed to invigilate the exams, according to him.

We are not administering the exams in order to fail anyone. Because we don’t have objective metrics to judge SSLC pupils like we have for II PUC students, a test is being held. All students participating for the II PUC and SSLC examinations would be promoted” Kumar promised, adding that the examination will assist students choose between the arts, commerce, and science streams for their future studies.

Before making the announcement, he added, the education department conferred with the health department. Students who are unable to appear for exams owing to Covid will be granted a second chance to write the exam and will be treated as freshmen.