International Translation Day is meant as an opportunity to pay tribute to the work of language professionals, which plays an important role in bringing nations together, facilitating dialogue, understanding and cooperation, contributing to development and strengthening world peace and security.

Transposition of a literary or scientific work, including technical work, from one language into another language, professional translation, including translation proper, interpretation and terminology, is indispensable to preserving clarity, a positive climate and productiveness in international public discourse and interpersonal communication.

30 September celebrates the feast of St. Jerome, the Bible translator, who is considered the patron saint of translators.

St. Jerome was a priest from North-eastern Italy, who is known mostly for his endeavor of translating most of the Bible into Latin from the Greek manuscripts of the New Testament. He also translated parts of the Hebrew Gospel into Greek. He was of Illyrian ancestry and his native tongue was the Illyrian dialect. He learned Latin in school and was fluent in Greek and Hebrew, which he picked up from his studies and travels. Jerome died near Bethlehem on 30 September 420.

Every year since 2005, the United Nations invites all its staff, accredited permanent missions staff and students from select partner universities to compete in the UN St. Jerome Translation Contest, a contest which rewards the best translations in Arabic, Chinese, English, French, Russian, Spanish, as well as German, and aims to celebrate multilingualism and highlight the important role of translators and other language professionals in multilateral diplomacy.

Languages, with their complex implications for identity, communication, social integration, education and development, are of strategic importance for people and the planet.

There is growing awareness that languages play a vital role in development, in ensuring cultural diversity and intercultural dialogue, but also in attaining quality education for all and strengthening cooperation, in building inclusive knowledge societies and preserving cultural heritage, and in mobilizing political will for applying the benefits of science and technology to sustainable development.

An essential factor in harmonious communication among peoples, multilingualism is also regarded by the United Nations General Assembly as a core value of the Organization. By promoting tolerance, multilingualism ensures effective and increased participation of all in the Organization’s work, as well as greater effectiveness, better performance and improved transparency.

1. “Nothing which is harmonized by the bond of the Muse can be changed from its own to another language without destroying its sweetness.” — Dante

2. I will confess that I have no more sense of what goes on in the mind of mankind than I have for the mind of an ant. – Author: Lewis Thomas

3. “Poetry is what gets lost in translation.” Robert Frost

4. Because when life handed you an opportunity you didn’t turn your back or drag your feet. You made a choice and you leapt. – Author: Jean Oram

5. “The first rule of translation: make sure you know at least one of the bloody languages!” –Faiz Ahmad Faiz

6. It is an achievement in itself to know more than a language and another achievement to be able to translate content from one language to another…. Happy International Translation Day.

7. It really requires a lot of focus and hold on languages to be able to understand and translate content…. Wishing a very Happy International Translation Day.

8. Sending warm greetings on International Translation Day to you….. You are doing a great job by translating content into different languages to make it accessible to many people.

9. On the occasion of International Translation Day, I want to congratulate you for being able to translate content with such precision and excellence.

10. “Translation is the art of failure.” –Umberto Eco

11. “In translation language facility is not enough; blood and sweat are the secret.” —Samuel Putnam

12. “Translation is like a woman. If it is beautiful, it is not faithful. If it is faithful, it is most certainly not beautiful.” –Yevgeny Yevtushenko

14. “It is normally supposed that something always gets lost in translation; I cling, obstinately to the notion that something can also be gained.” ― Salman Rushdie

15. “Translation from one language into another…is like gazing at a Flemish tapestry with the wrong side out.” – Cervantes 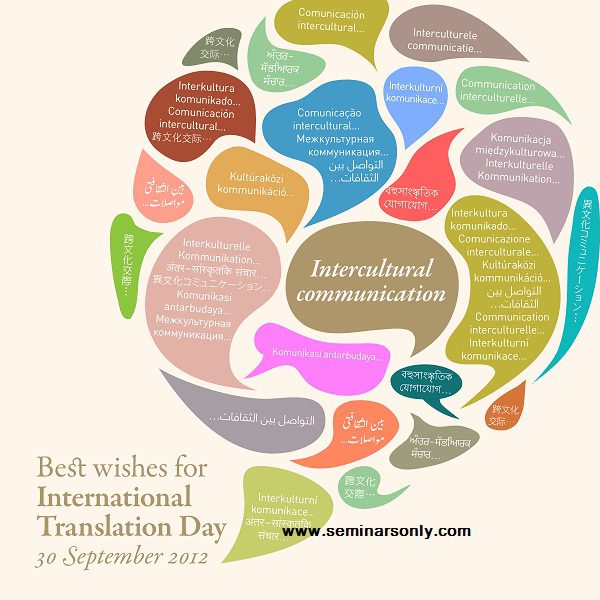 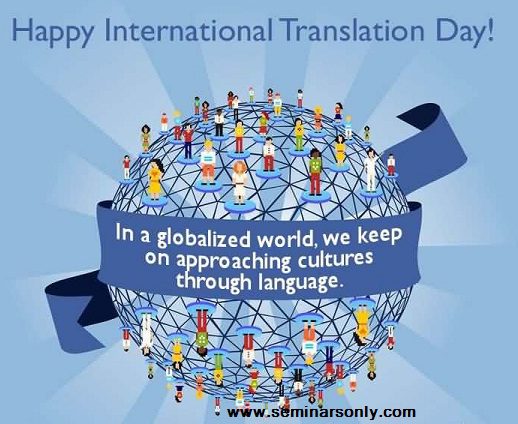 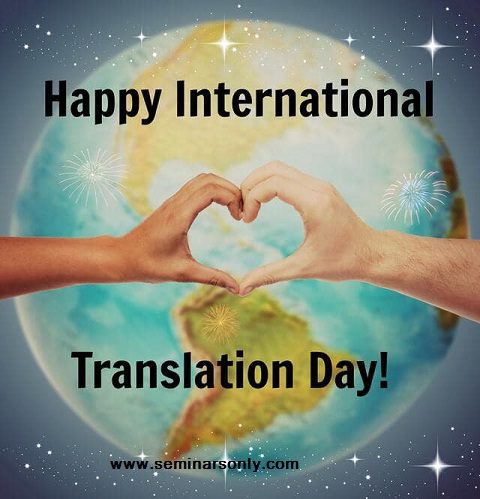