A broad web outage struck major news outlets, including The Australian Financial Review, The New York Times, and the BBC, as well as other notable websites, on Tuesday evening.

At around 8 p.m. (AEST), websites all over the world began to display “Error 503 Service Unavailable” messages, with others displaying the more specific “Fastly error,” indicating an outage at content delivery network Fastly. 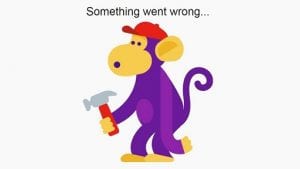 Services were restored about 9 p.m. after the problem lasted nearly an hour.

The Financial Review, The Sydney Morning Herald, The Age, and Guardian Australia were among the Australian news websites affected by the outage, which also affected big sites such as Reddit, Paypal, Shopify, Twitch, and Pinterest. The entire UK government website was also offline.

Fastly stated on its status page that it was looking into the problem, which also affected Australian catch-up television services 9Now and 10Play.

The problem appears to be widespread, affecting a sizable portion of Fastly’s global client base.

based in San Francisco Just before 10 a.m. GMT, a problem was quickly identified (8pm AEST).

“We identified a service configuration that created outages across our POPs globally and have removed that setting,” a spokeswoman subsequently said. Our global network is resuming operations.”

The outage is said to have shut down several websites completely and disrupted parts of other services, including Twitter servers that host the social network’s emojis.

Fastly is a cloud services provider that specialises in content delivery networks. These are intended to improve website loading times, protect them from denial-of-service attacks, and aid in the management of traffic bursts.

Cloudflare, a Fastly competitor, experienced a widespread outage in parts of the United States and Europe last year after CenturyLink, a third-party internet service provider, went down, bringing down Cloudflare, Hulu, Xbox Live, and other services.