According to Uday Samant, acceptance into non-professional programmes is dependent on the class 12 results each year. Since board exams have been cancelled this year, a committee has been formed to deliberate on whether or not to hold a general CET to screen people for admission to these courses. 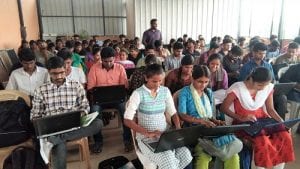 It is likely that a Common Entrance Test (CET) will be conducted for admissions to first-year undergraduate courses like bachelor of arts, bachelor of commerce, and bachelor of science, in order to compensate for the board exams which have been cancelled for various classifications. This is according to Pune Higher and Technical Education Minister Uday Samant, who spoke at a press conference in Pune on Saturday at the College of Engineering, Pune.

According to him, technical courses, such as engineering, pharmacy, and architecture, will have their examinations completed by the end of July or August first week, and they will be taken using online tests.

While we are still reviewing various options to see if we can conduct a single state-level CET or if we should divide it into multiple state-level CETs, independent institutions, such as colleges and universities, can administer their own CETs as well. Before making a decision, we will seek the views of stakeholders such as parents, students, professors, and anyone else who might have a stake in the decision.

He informed the students that no fees will be collected from them because they had already paid the examination fees for their Class 12 graduation. Due to the current epidemic of a third wave of coronavirus infections, all professional courses for this year will continue to be conducted online. Offline lectures or practicals are not feasible in light of the epidemic and as a precautionary measure, all professional courses for this year will remain conducted online.

Whether fees will be granted to college students as demanded is unclear; however, the Fee Regulation Authority will decide whether or not they will be given.