How to Redeem Codes in Cookie Run Kingdom In the distant past, After the chaos" />
News Ticker
Views: 833

In the distant past, After the chaos of iron and flame subsided, many creatures baked by the Witches scattered across the world. Among them were the Five. Five Cookies, graced with Soul Jam of the purest kind. Wise and powerful, they rallied others to their cause. As kings and queens, they ruled the Cookies, bringing in a golden age of peace and prosperity.

But this age was not fated to last. A harbinger of darkness appeared and let shadow and evil infest the land. And once more, the world erupted into chaos. But the five Cookie heroes, guardians of peace, have risen. Twilight falls, and the war for the Cookies’ destiny has begun. 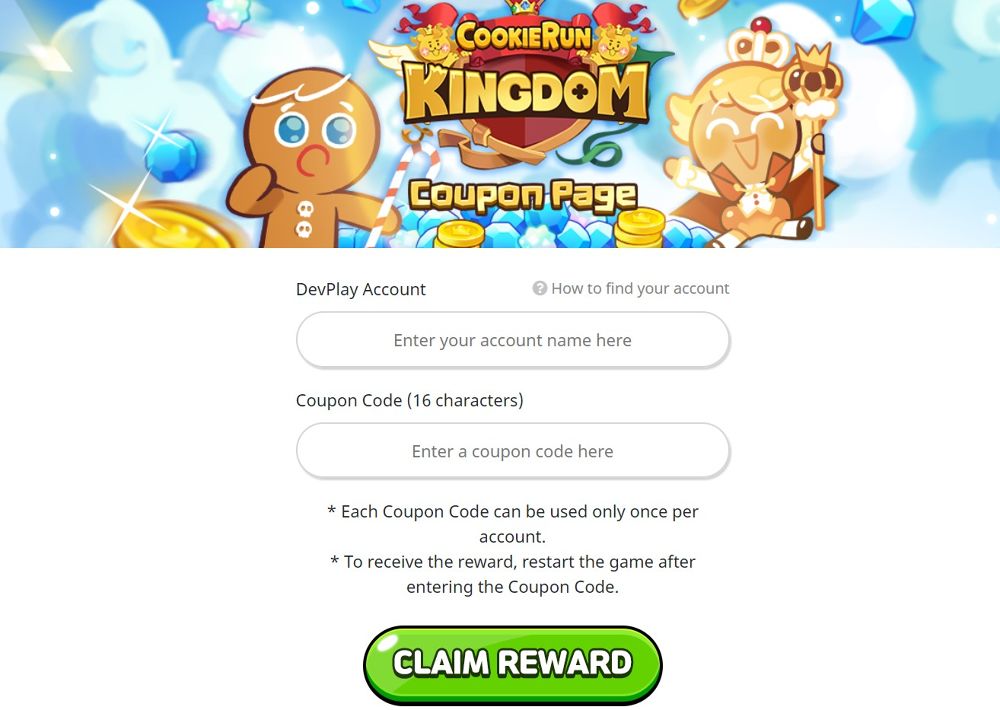 It can be difficult to locate the screen where you enter your code if you don’t know where to look. In some cases, the code entry screen may not appear at all depending on the type of device that gamers use.

The official Cookie Run Kingdom link must be used to enter any codes if you’re using an Apple device. A Devplay account email address and the code of their choice are required. Codes can be entered at any time on this screen.

It’s possible to access the voucher screen in-game or by clicking on the same URL as Apple device players. Simply select it from the hamburger menu in the upper right corner of the screen to get started with this feature. Players must then select Coupons from the drop-down menu that appears. Code-entry screen will pop up for Cookie Run Kingdom Like Apple users, Android users must enter both their Devplay account email address and the valid code they wish to use in their game. No limit to the number of valid codes they can use.