Calcitonin, the Forgotten Hormone : How the Calcitonin Works on the Body?

Calcitonin is a hormone that regulates calcium use in the body. C-cells in the thyroid are responsible for producing it. The thyroid gland is a small butterfly-shaped gland that is positioned near the base of the neck and is responsible for producing thyroid hormones. Calcitonin is just one of many hormones produced by the thyroid, which also includes thyroxine (T4) and triiodothyronine (T3).

C-cell hyperplasia and medullary thyroid carcinoma (MTC) are the only two known cases of excessive calcitonin production. You can use the calcitonin test to find out how high your levels are and keep tabs on them.

The thyroid gland’s C-cell hyperplasia is a benign disorder marked by an increase in the number of thyroid cells. Medullary thyroid cancer is not a certainty.

Thyroid cancer in the medullary region is dangerous because it has the potential to spread outside of the thyroid and is difficult to cure if found too late.

About 4% of all thyroid cancers in the United States are caused by medullary cancer, an uncommon form of thyroid cancer. Thyroid cancer affects 52,000 Americans each year, and 2,000 of them succumb to the condition.

As many as seventy-five percent of medullary thyroid cancer cases are unrelated to a family history of the illness. People in their 40s and 50s are the most likely to acquire sporadic cases, which are more common in women.

A RET gene variant (mutation) that causes multiple endocrine neoplasia type 2 is linked to up to 25% of instances of MTC (MEN 2). Medullary thyroid carcinoma and pheochromocytomas are both connected with the MEN 2 syndrome. The autosomal dominant RET gene variation is passed down from generation to generation. If you inherit just one copy of the gene mutation from either your father or mother, you have a significantly higher risk of developing medullary thyroid cancer. Men and women are equally affected by this inherited variant, which might occur at a younger age.

When is it ordered?

Calcitonin levels may be ordered when it is suspected that you have C-cell hyperplasia or medullary thyroid cancer. These conditions may be suspected when you have signs and symptoms, such as:

Calcitonin tests may be ordered periodically for family members of those who have MEN 2, starting at an early age, in order to detect medullary thyroid cancer or C-cell hyperplasia as early as possible. 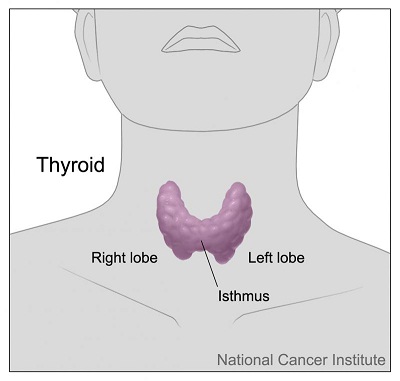 When you have been treated for medullary thyroid cancer, calcitonin testing will usually be ordered at regular intervals to monitor treatment effectiveness and recurrence.

In rats with hypercalcemia from NH4Cl-induced metabolic acidosis, CT administration decreased the serum calcium concentration . A In the CT receptor knockout mouse, 1,25D-induced hypercalcemia was greater than in the control mouse. In a mouse study consisting of PTH knockout, PTH and calcium-sensing receptor (CaSR) double knockouts, and wildtype mice, it was shown that both CaSR-mediated CT secretion and enhanced renal calcium excretion were important for preventing the development of hypercalcemia while inhibition of PTH secretion was not required for a robust defense against hypercalcemia