Despite the fact that the case appears to be an isolated incidence, the WHO stated that it “is a stark warning that the threat of an influenza pandemic persists.”

In a “vivid reminder” of the ongoing threat of influenza, a 41-year-old man in China has been verified as the first human case of infection with an uncommon strain of bird flu known as H10N3.

The individual, who lives in the eastern province of Jiangsu, was hospitalised on April 28 and diagnosed with H10N3 on May 28, according to Beijing’s National Health Commission (NHC). 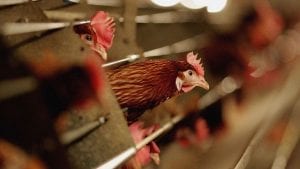 Officials could not say how the individual contracted the virus, although it is believed that the H10N3 variant does not travel easily between humans. Many kinds of bird flu are circulating in China, infecting people on an irregular basis, primarily individuals who work with poultry.

According to the NHC, the 41-year-old man has totally recovered from his infection and is ready to be discharged. Contact tracing revealed no more instances.

According to the state news site Global Times, the NHC stated that “no human cases of H10N3 have been documented around the world.” “This is a rare incidence of poultry-to-human cross-species transmission, with a very minimal likelihood of a large-scale spread.”

For up to eight months, Regeneron’s antibody medication protects against Covid

H10N3 is low pathogenic, meaning it does not cause serious sickness in poultry and is unlikely to generate a large-scale outbreak, according to the commission.

“The good news is that the H10N3 bird flu virus is a ‘H10′ virus, or ‘low pathogenic subtype,’ which means it shows minimal signs of sickness in birds and that these viruses also cause serious disease in people very rarely,” said Dr Nicole Robb, an assistant professor at Warwick Medical School.

Heartburn with Pfizer vaccine : A company that doesn’t seem to care much

According to Reuters, the World Health Organization says there is now “no indication of human-to-human transmission.” The episode, however, is a “vivid reminder” of the possible threat of emerging flu strains, according to a spokeswoman.

“As long as avian influenza viruses proliferate in poultry, sporadic avian influenza infection in humans is not unusual, which serves as a stark warning that the possibility of a pandemic remains,” they wrote.

The latest major human bird flu outbreak was in 2016-2017, when the H7N9 variant killed around 300 individuals.

However, there is currently an outbreak of the H5N8 variety in birds, which has resulted in the culling of hundreds of thousands of birds across Europe.

Russia reported the first case of human transmission of that strain in seven poultry farm workers in February.