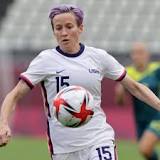 The Guardian • 45 minutes ago