However, the game will only be available for a limited time, and it is said to have significantly increased the number of impostors and crewmates online, particularly on computers. Despite the fact that Inner Sloth released the game in 2018, ScreenRant reported that “Among Us” is one of the most popular games in 2020. 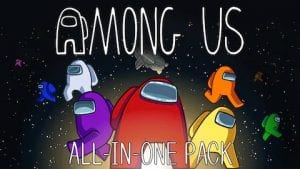 The increased player count follows Epic Games’ decision to make the game free until June 3 as part of their mega sale. InnerSloth released the game in 2018, but it didn’t gain traction until last year, during the coronavirus-induced epidemic. The popular game also supports cross-platform multiplayer and is available on a variety of platforms, with PlayStation and Xbox consoles on the way.

The unexpected buzz and surge in interest, according to reports, could be related to the entire COVID-19 outbreak. Both players and streamers began to look for new multiplayer experiences. This is said to be the source of Innersloth’s current popularity.

Among Us is currently available for free on the Epic Games Store as part of the Epic MEGA Sale until June 3. Victoria Tran, the game’s Community Director, shared a Twitter graph demonstrating the game’s rapid growth.

The word got out, and the game’s popularity skyrocketed thanks to its low price and cross-platform compatibility. The daily player count has decreased since 2020, but it remains impressive overall.

According to TalkESport, between May 26 and 28, Among Us grew from 500,000 gamers to 2 million daily users. On May 27, the game was made available for free on the Epic Games Store. The offer is part of the Epic MEGA Sale, which runs through June 3.

The graph only includes players from the game’s PC version. According to the data, the number of Among Us players usually increases over the weekend. According to reports, when the game became free, its popularity skyrocketed. Over the course of two days, the total number of players is said to have nearly doubled.

Following Epic Games’ mega-sale, Among Us has reached a milestone of 2 million active PC players.

Check out the latest Gaming News and Updates for all the latest news and articles.