Ambergris: The treasure of the sea, the flowing gold

Ambergris or sperm whales are known as the treasure of the sea and the flowing gold. This is extremely rare. This is the secretion of the sperm whale. They are mainly used in the manufacture of perfumes. When a whale vomits, it first appears as a liquid. It will then have a pungent odor. This material then solidifies. It also has a light aroma. The odorless alcohol contained in whale vomit is essential for the production of perfume. Therefore, it is as valuable as gold in the market. 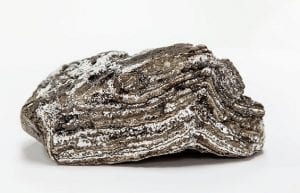 Ambergris is the name given to a whale’s vomit. It is a brownish waxy substance that forms in the stomachs of sperm whales. This substance that vomits between whales. It will occasionally flow through the water level. The coast of Oman is famous for the presence of ambergris. Ambergris is mainly used to make spices. Last month we got the largest ambergris ever found in the world. This ambergris weighs about 127 kg.

Fortune favored 35 poor fishermen in Yemen last month. At the time, fishermen found 127 kilograms of ambergris found inside the body of a dead sperm whale in the Gulf of Aden. The ambergris was bought from wholesalers and fishermen in the UAE for Rs 10.96 crore. They shared this amount equally

The forest department in Kerala, India has recovered ambergris worth about Rs 30 crore from Chettuwa in Thrissur district of Kerala, commonly known as ‘whale vomit.’ Three accused have also been arrested in the case. According to forest officials, this is the first time that a gang selling ambergris has been caught in the province. The gang of three members has been nabbed following an operation by the Kerala forest flying squad and wildlife crime control bureau.

In 2019, Jumras, another fisherman in Thailand, also received ambergris. It weighs 6 kg and 350 grams and was priced at Rs 2.26 crore. In November 2016, three fishermen from Oman received about 80 kilograms of whale vomit.

Various theories exist on how ambergris arises from the whale. Some people believe the whale regurgitates the mass, garnering it the moniker “whale vomit.”

Sperm whales were targeted for their rich whale oil, which was used to produce soap and light lamps.

‘Based on recent discussions with colleagues around the world, I lean toward the notion that ambergris originates in the intestines and travels with faeces, forming an obstruction in the rectum,’ he says.

Some believe the whale will pass through the obstacle, while others say the obstruction will grow so enormous that it will rupture the whale’s rectum, killing it.

Because sperm whales can be found all over the world, ambergris deposits can be discovered floating in any ocean or washed up on most beaches.

It is, however, uncommon, appearing in less than 5% of whale carcasses.