Question : Under the ‘International Climate Plan,’ which nation announced that it will double its annual public climate finance to developing countries?

Q1 : As the Chief Minister of which state of India did Pinarayi Vijayan take oath in May 2021?

Q2 : Under the ‘International Climate Plan,’ which nation announced that it will double its annual public climate finance to developing countries?

Q3 : Who recently won his 12th Barcelona Open, one of the most important events in Spanish tennis?

Q4 : In which 2007 film, did this animal dream of becoming a chef in spite of the disapproval of his family and the prejudice of humans?

Q5 : This picture shows an event that took place at which of these places? 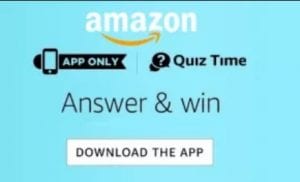 • Go To Home Page & Scroll Down Then You Will See “Amazon Quiz June 18” Banner, Tap On It.