The Indian Air Force (IAF) is the air arm of the Indian Armed Forces. Also known as ‘Bhartiya Vayu Sena Diwas.  Its complement of personnel and aircraft assets ranks fourth amongst the air forces of the world. Its primary mission is to secure Indian airspace and to conduct aerial warfare during armed conflict. It was officially established on 8 October 1932 as an auxiliary air force of the British Empire which honoured India’s aviation service during World War II with the prefix Royal.

After India gained independence from United Kingdom in 1947, the name Royal Indian Air Force was kept and served in the name of Dominion of India. With the government’s transition to a Republic in 1950, the prefix Royal was removed.

The President of India holds the rank of Supreme Commander of the IAF. As of 1 July 2017, 1,39,576 personnel are in service with the Indian Air Force. The Chief of the Air Staff, an air chief marshal, is a four-star officer and is responsible for the bulk of operational command of the Air Force. There is never more than one serving ACM at any given time in the IAF. The rank of Marshal of the Air Force has been conferred by the President of India on one occasion in history, to Arjan Singh. On 26 January 2002, Singh became the first and so far, only five-star rank officer of the IAF

A Westland Wapiti, one of the first aircraft of the Indian Air Force
The Indian Air Force was established on 8 October 1932 in British India as an auxiliary air force[22] of the Royal Air Force. The enactment of the Indian Air Force Act 1932 stipulated out their auxiliary status and enforced the adoption of the Royal Air Force uniforms, badges, brevets and insignia.On 1 April 1933, the IAF commissioned its first squadron, No.1 Squadron, with four Westland Wapiti biplanes and five Indian pilots. The Indian pilots were led by British RAF Commanding officer Flight Lieutenant (later Air Vice Marshal) Cecil Bouchier.

World War II photo: Arjan Singh (middle) as Flight Lieutenant. He went on to become Marshal of the Air Force
During World War II, the IAF played an instrumental role in halting the advance of the Japanese army in Burma, where the first IAF air strike was executed. The target for this first mission was the Japanese military base in Arakan, after which IAF strike missions continued against the Japanese airbases at Mae Hong Son, Chiang Mai and Chiang Rai in northern Thailand.

The IAF was mainly involved in strike, close air support, aerial reconnaissance, bomber escort and pathfinding missions for RAF and USAAF heavy bombers. RAF and IAF pilots would train by flying with their non-native air wings to gain combat experience and communication proficiency. Besides operations in the Burma Theatre IAF pilots participated in air operations in North Africa and Europe.

The Indian Air Force (IAF) motto is “Touch the Sky with Glory“.

1.The soldier is the Army. No army is better than its soldiers. The Soldier is also a citizen. The highest obligation and privilege of citizenship is that of bearing arms for one’s country.

2.Better to die fighting for freedom than be a prisoner all the days of your life.

4.Who kept the faith and fought the fight; The glory theirs, the duty ours.

5.Real security lies in the prevention of war–and today that hope can come only through adequate preparedness.

6.Today we are breathing freely just because we live in a free country. Happy Indian Air Force Day 2021.

7.India is a golden bird and play is its new wing. Happy Indian Air Force Day 2021.

8.Unite and live together in the future to maintain independence. Here are Indian Air Force Day Wishes

9.Enjoy this freedom but never forget the sacrifices of freedom fighters is their right. Happy Indian Air Force Day 2021

10.Freedom is freedom; It is precious and we can not estimate its cost. Happy Indian Air Force Day 2021

11.Because India is free from our ancestors; Now it is our responsibility to maintain their independence in the future. Happy Indian Air Force Day 2021

12.India is a golden bird and freedom is its new wing. Happy Indian Air Force Day 2021

13.We are flying in new areas of growth, just because India is free. Happy Indian Air Force Day 2021

14.Being Indian is a matter of pride. Happy Indian Air Force Day 2021 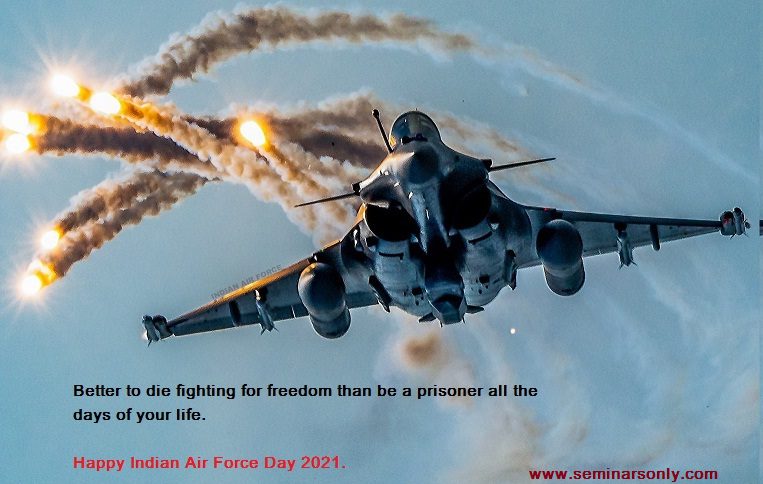 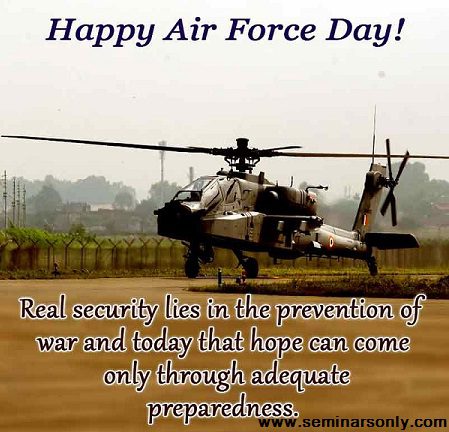