15 people died and more than 25 were hurt when a bus and truck crashed in Pakur, Jharkhand<" />
News Ticker
Views: 523

15 people died and more than 25 were hurt when a bus and truck crashed in Pakur, Jharkhand

A passenger bus and a truck got into a fight on Wednesday morning near the village of Kamardiha in the Amdapara police station area of Pakur district.

The news is coming from the Pakur district of Jharkhand, where there was a terrible accident on the road. There was a very bad crash between a passenger bus and a truck on Wednesday morning in the Amdapara police station area of Pakur district. This accident has killed at least 9 people so far. Almost 25 people have been hurt. The death toll may rise even more. People were still inside the bus when the news was written. For this, gas cutters have been set up by the police administration so that people and bodies can be pulled out of the water.

People were on a passenger bus that got into an accident on the way from Barharwa to Jasidih. At the same time, a truck filled with gas was going to Littipara from Amdapara. Fog caused a head-on crash between the truck and the bus. About 40 to 50 people were on the passenger bus, and 10 to 15 people are expected to die. Other people have been hurt there. Most of them have been seriously hurt.

Injured people were taken to a hospital in Amadapara. 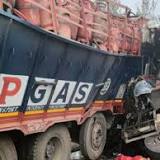 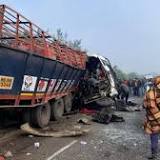 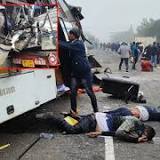 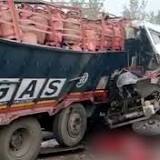 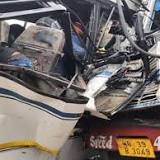 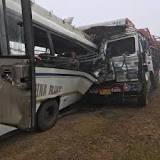