Currently in Taiwan, there are more than 13 million motorcycles, mostly driven by internal combustion engines, and the pollutants, carbon monoxide (CO) and unburnt hydrocarbons (HC), generated by motorcycle are responsible for more than 10% of the air pollutants released to the atmosphere.

The studies show that the internal combustion engines of motorcycles may generate up to two times more pollutants than those of automobiles.

In order to improve the air pollution condition and eliminate the pollutants exhausting, this paper presents a new idea of using compressed air as the power sources for motorcycles.

Instead of an internal combustion engine, this motorcycle is equipped with an air motor, which transforms the energy of the compressed air into mechanical motion energy.

A prototype is built with a fuzzy logic speed controller and tested on the real road. The experiment data shows that the speed error is within 1 km/h and the efficiency is above 70% for this system when the speed is over 20 km/h.

The air pollution, recently believed as the reason for causing the global warming and dramatic climate change of the earth, has been a severe problem for many years. One major source of the air pollutants is generated by burning fossil fuel through the internal combustion engines for transportation vehicles. There are basically three forms of pollutants produced from vehicles: unburnt hydrocarbons(HC), carbon monoxide (CO), and oxides of nitrogen (NOx).As a notorious example, the motorcycles are the most popular transportation vehicle in Taiwan with total amount more than 13million.

The pollutants, unburnt hydrocarbons (HC) and carbonmonoxide (CO), produced by motorcycles are responsible for more than 10% of the air pollutants in Taiwan.According to the studies of Taiwan EPA, the 50 cc scooter (two-stroke engine) emits 2.7 times as mass of carbon monoxide (CO) and 6.7 times as much unburnt hydrocarbons as automobile produced in grams per kilometer.For 125 cc scooter (four-stroke engine), it is 2.4 times and 3.1 times as much as automobile produced, respectively.For the conception of green energy,in this paper, we propose a new design of motorcycle which uses the compressed air as its power source so that it will be truly free of pollution for the environment.

The air motors convert the energy of compressed air into the mechanical transportation energy. In general, they are safer, cleaner,cheaper and with higher power-to-weight ratio compared to electrical motors . The purpose of these engines is trying to reduce air pollution.In order to improve the air pollution condition and eliminate the pollutants exhausting to the atmosphere, a prototype motorcycle using a compressed air as its power source is presented in this paper. A fuzzy logic speed controller is also developed to maintain the constant speed motion.

What Is Air Powered Motorcycle? 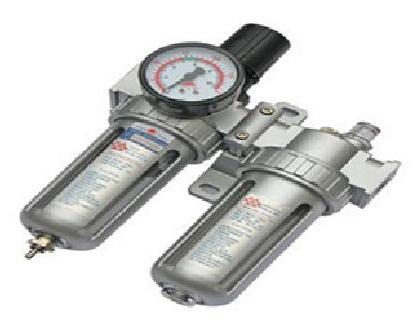 Fig shows the sketch map of a vane-type air motor. There is a rotational drive shaft with four slots,each of which is fitted with a freely sliding rectangular vane. When the drive shaft starts to rotate,the vanes tend to slide outward due to centrifugal force and are limited by the shape of the rotor housing. Depending on the flow direction, this motor will rotate in either clockwise or counterclockwise directions.

The difference of air pressure at the inlet and outlet will provide the torque required to move the shaft. Hence, the higher flow rate and the larger pressure difference will provide larger toque on the shaft and higher rotational speed. The airflow path starts from the air tank through the filter, control valve and finally enters the air motor. The airflow entry into motor will be determined by the valve position, which is controlled by externally applied voltage, denoted by v.